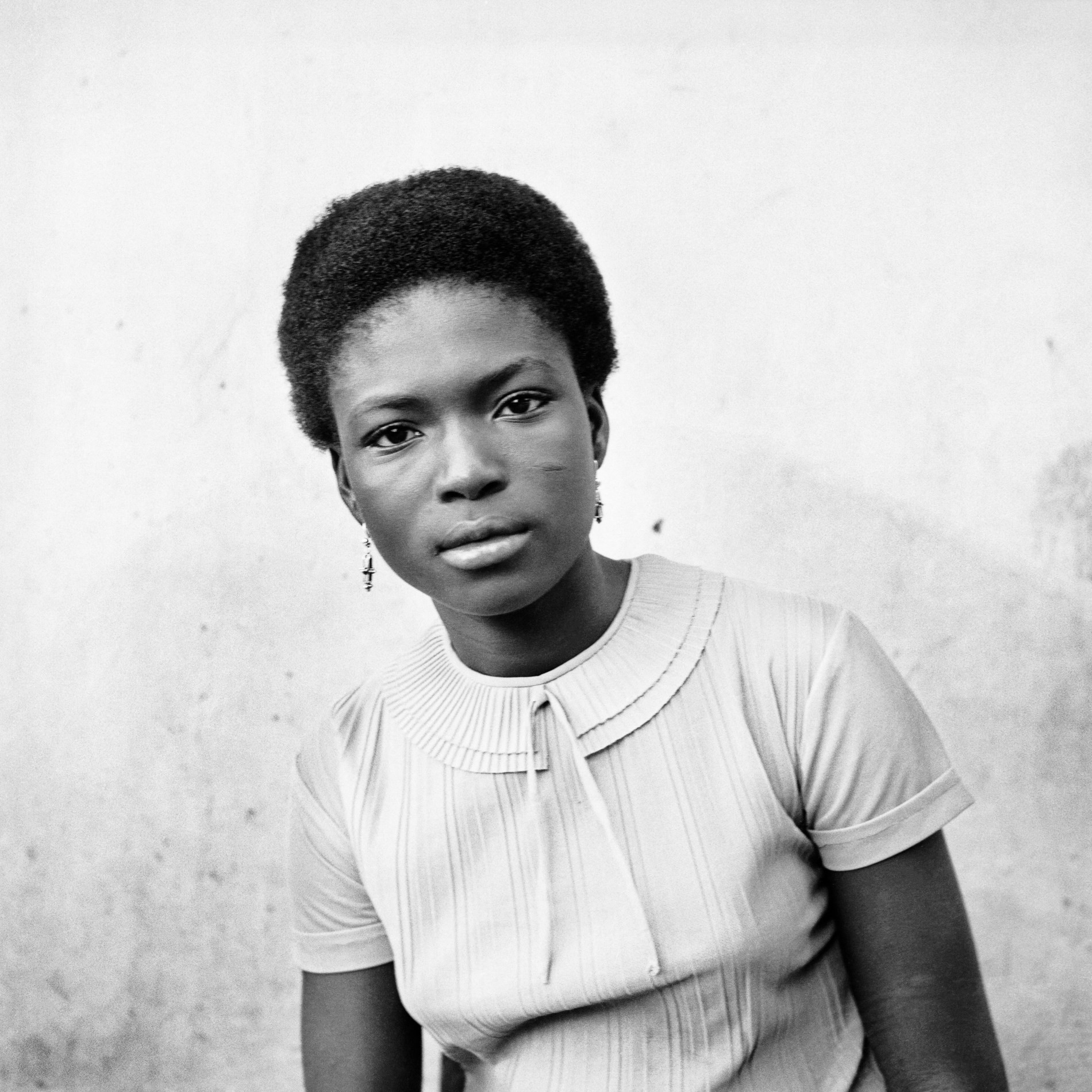 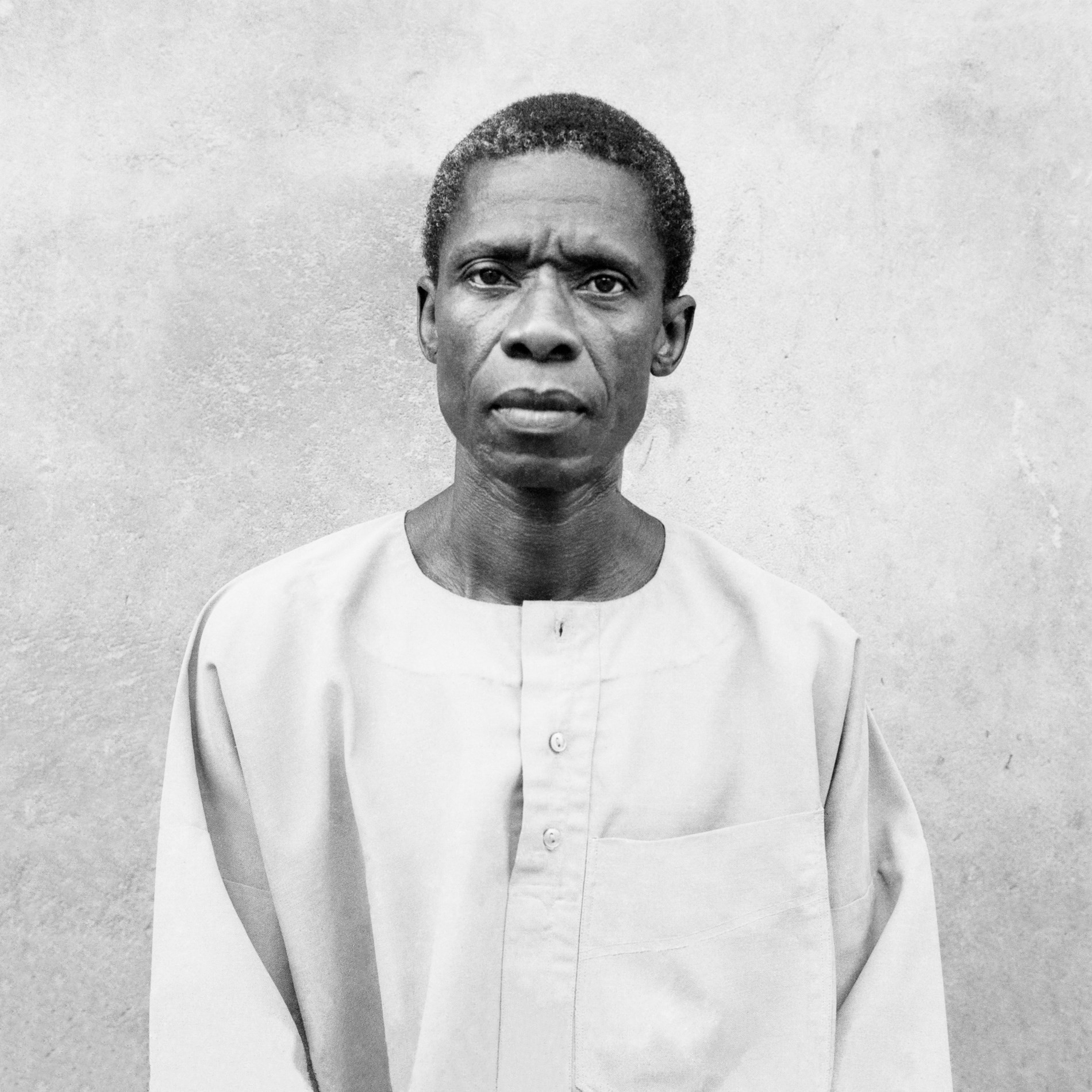 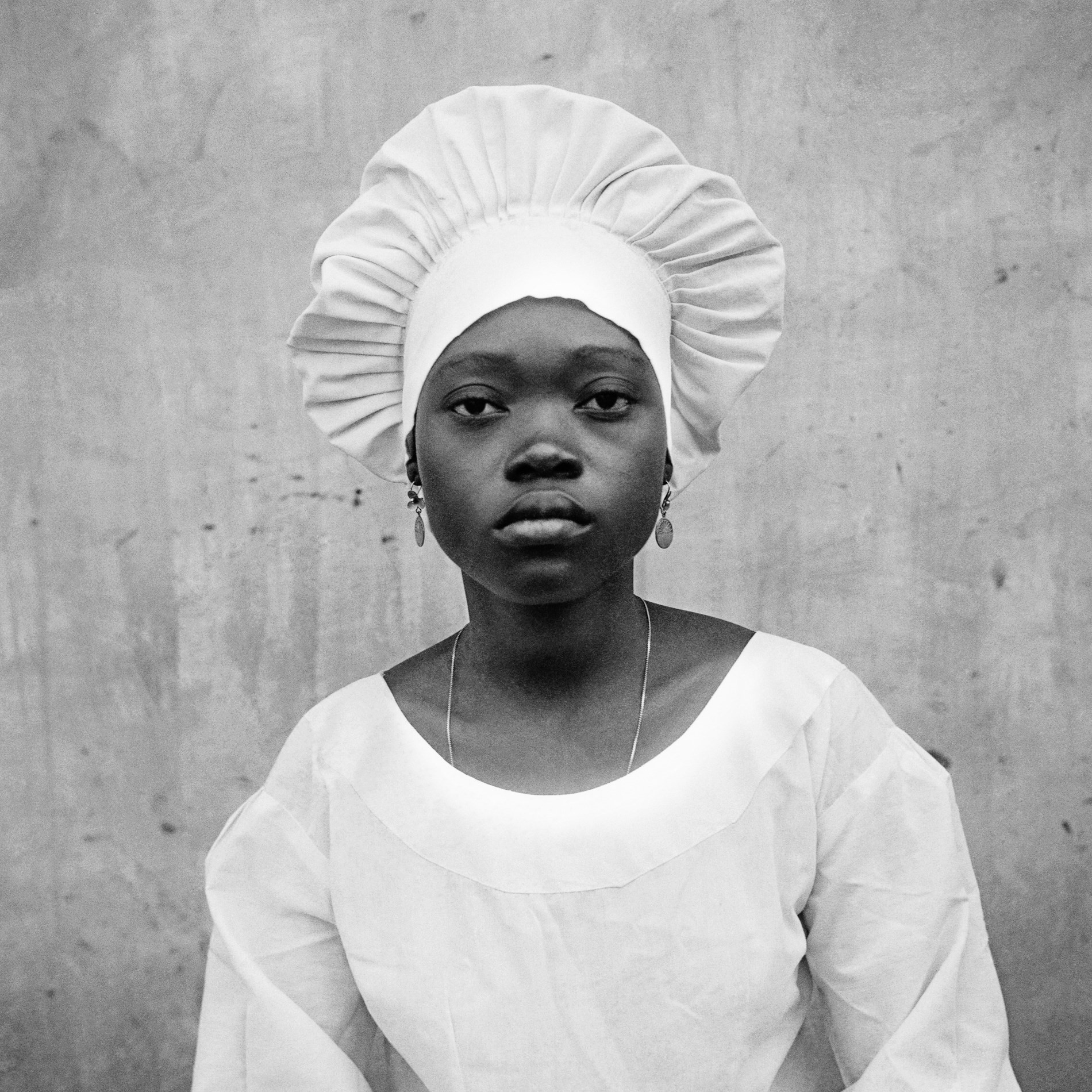 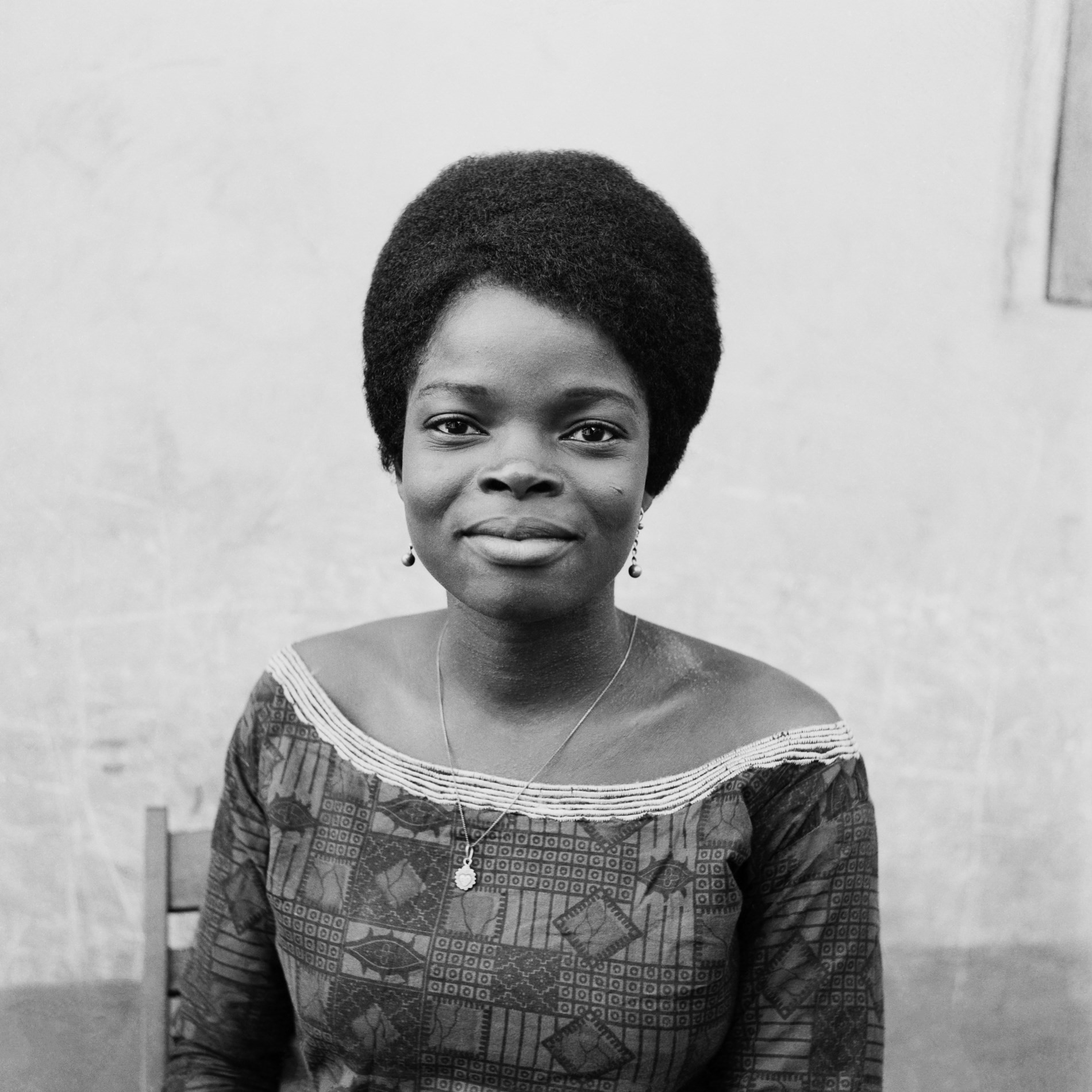 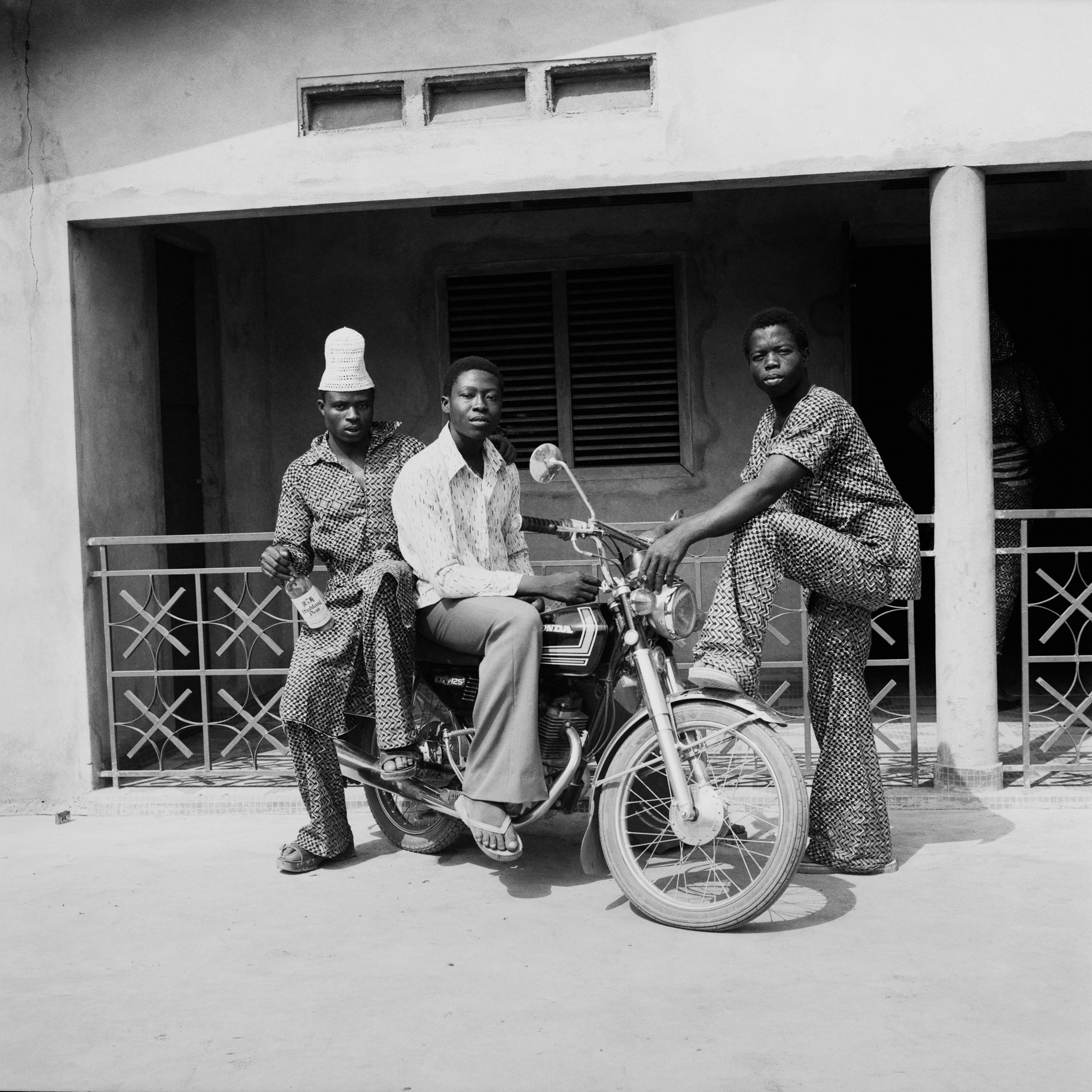 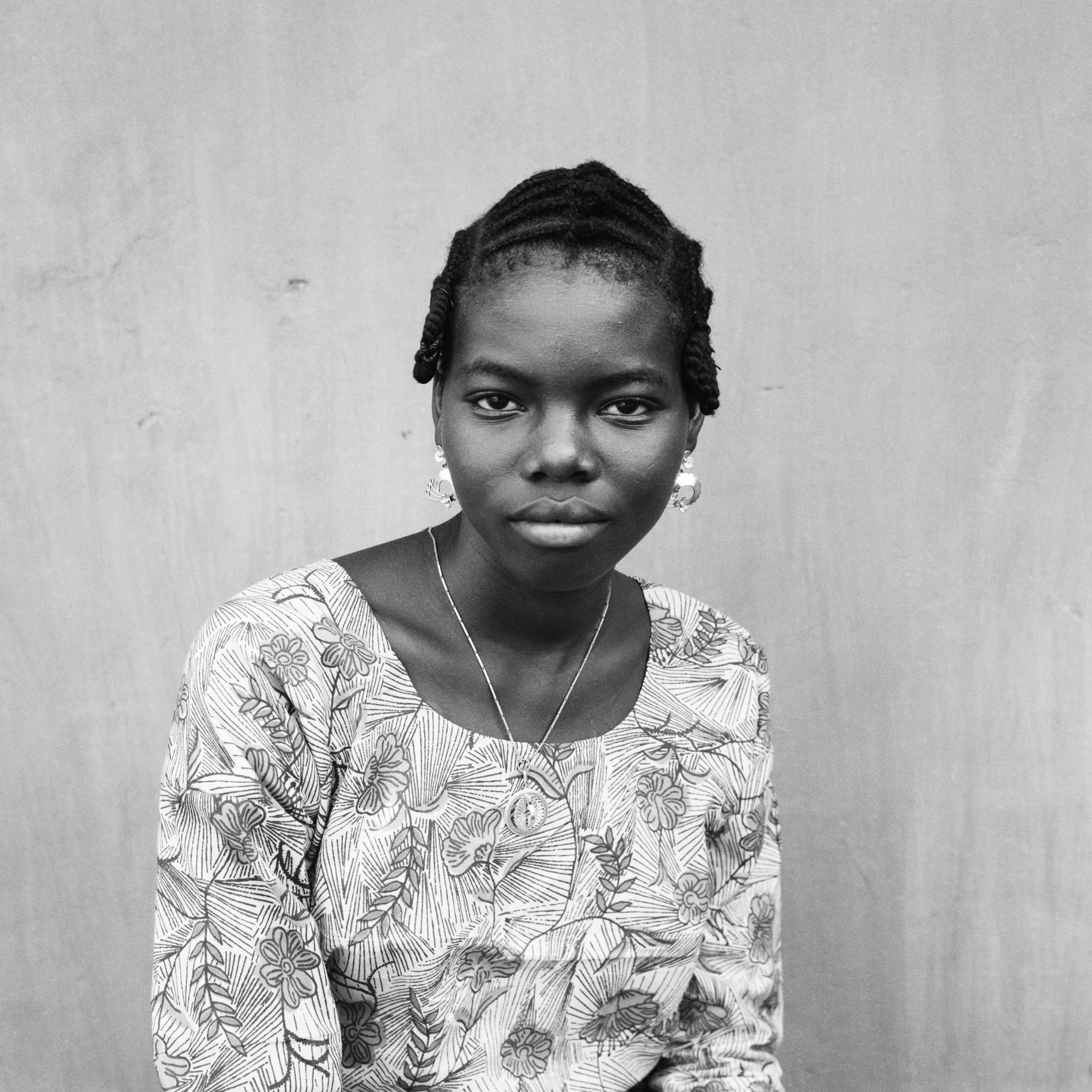 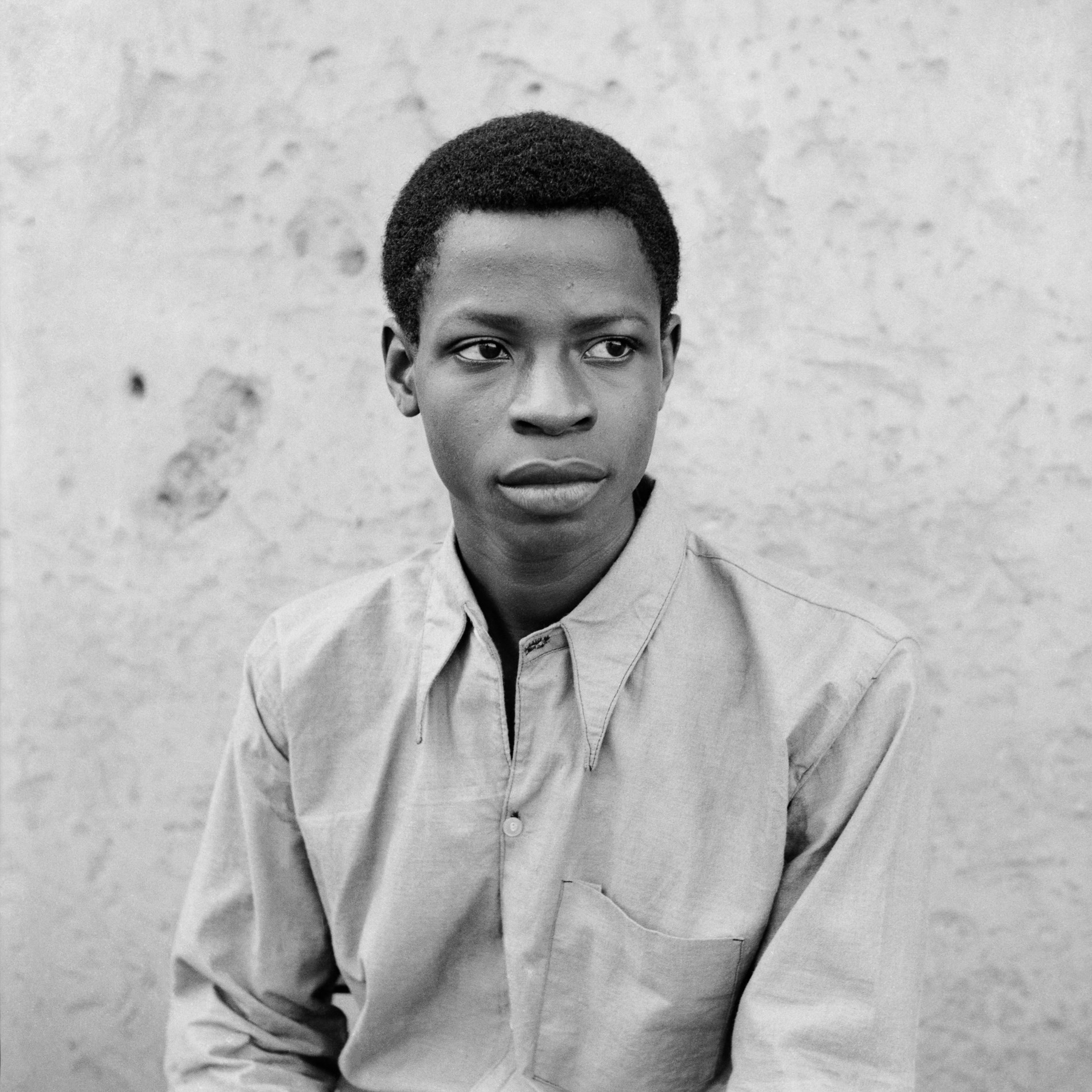 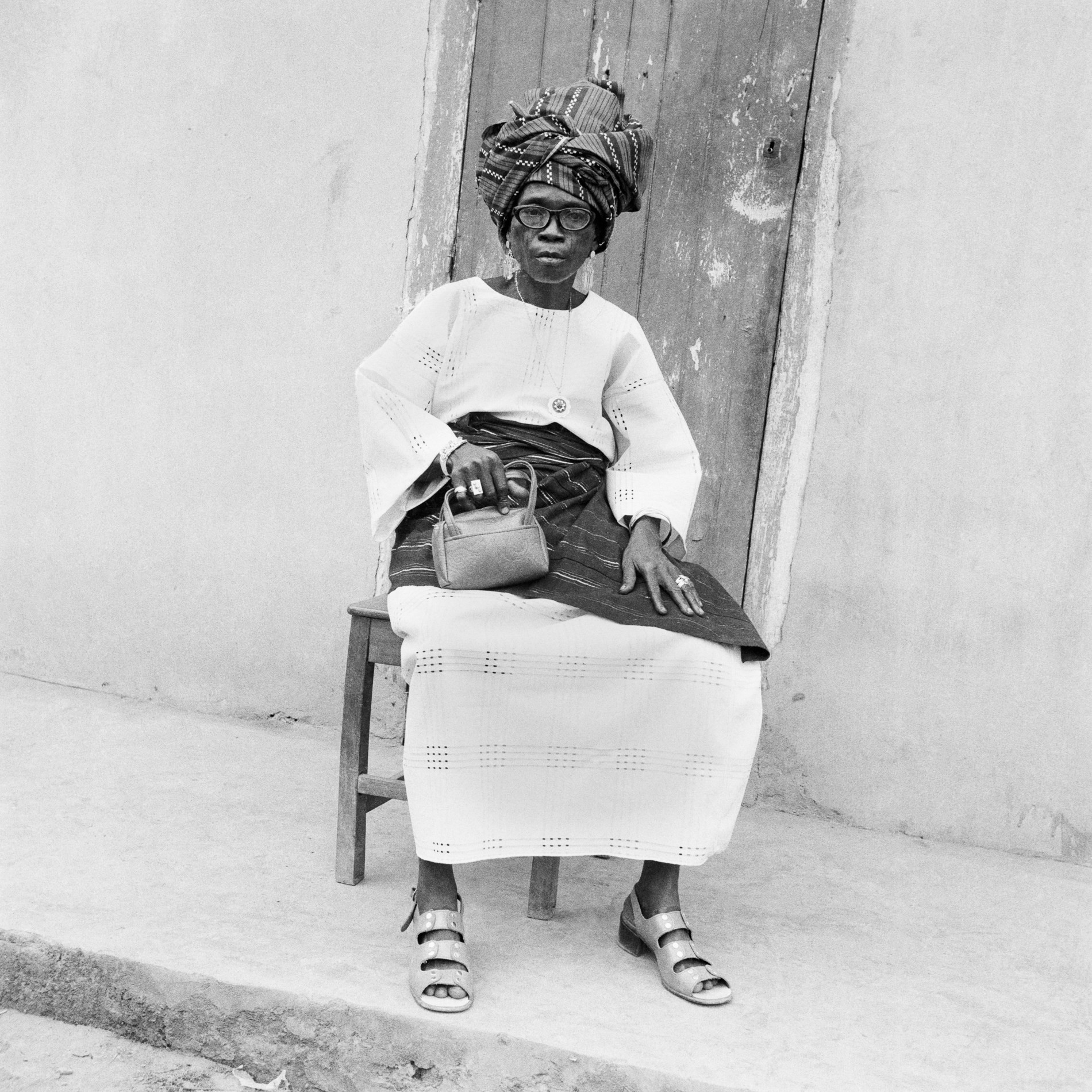 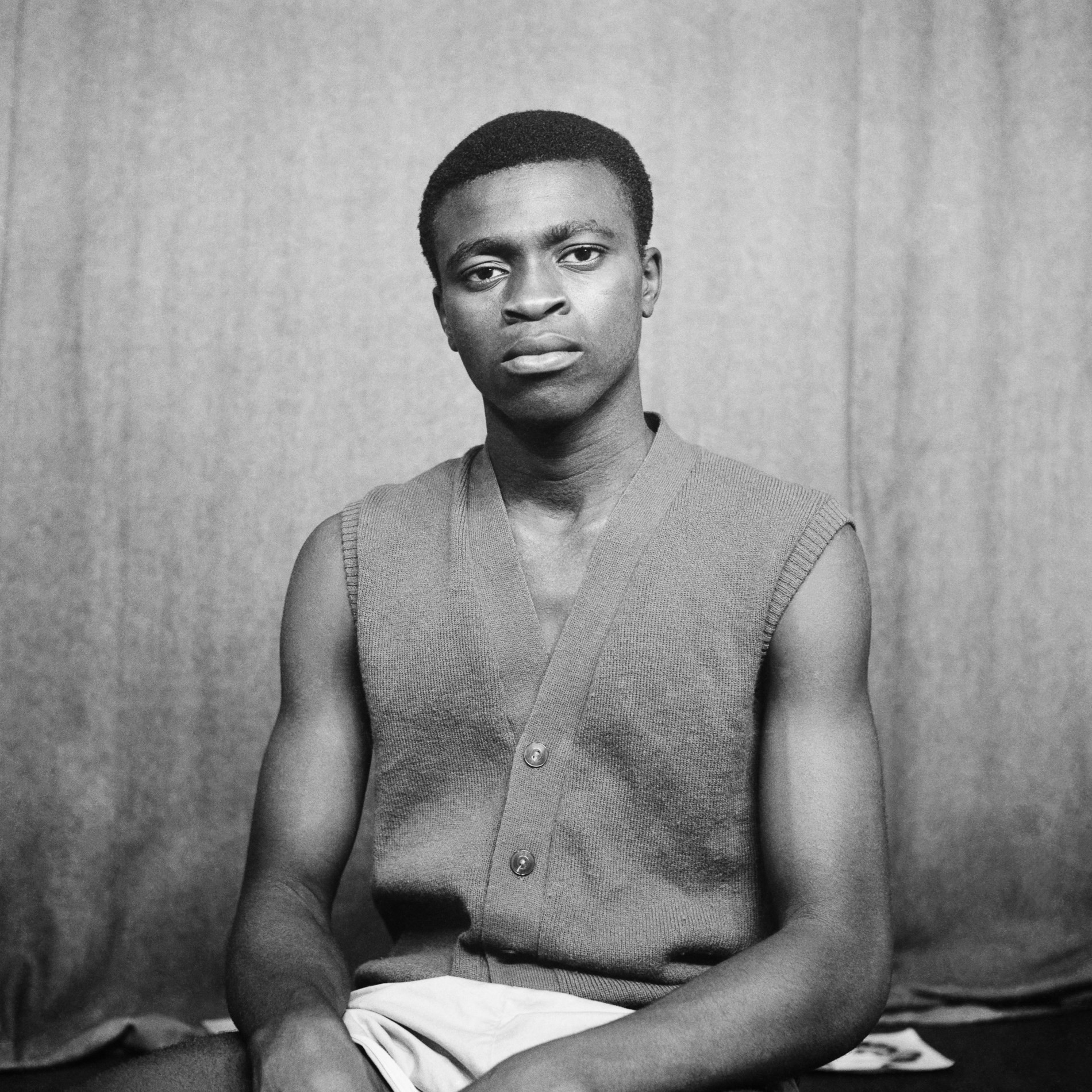 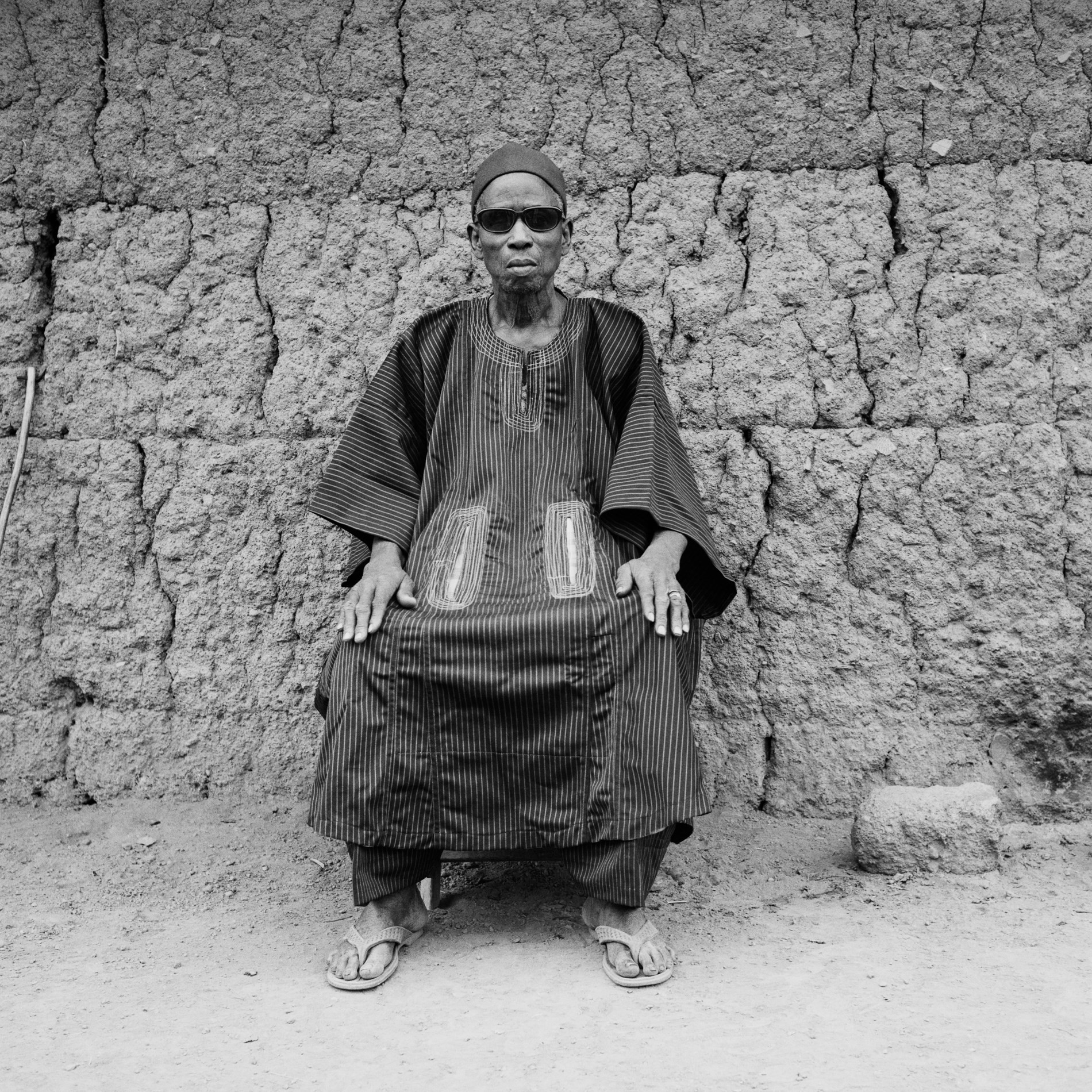 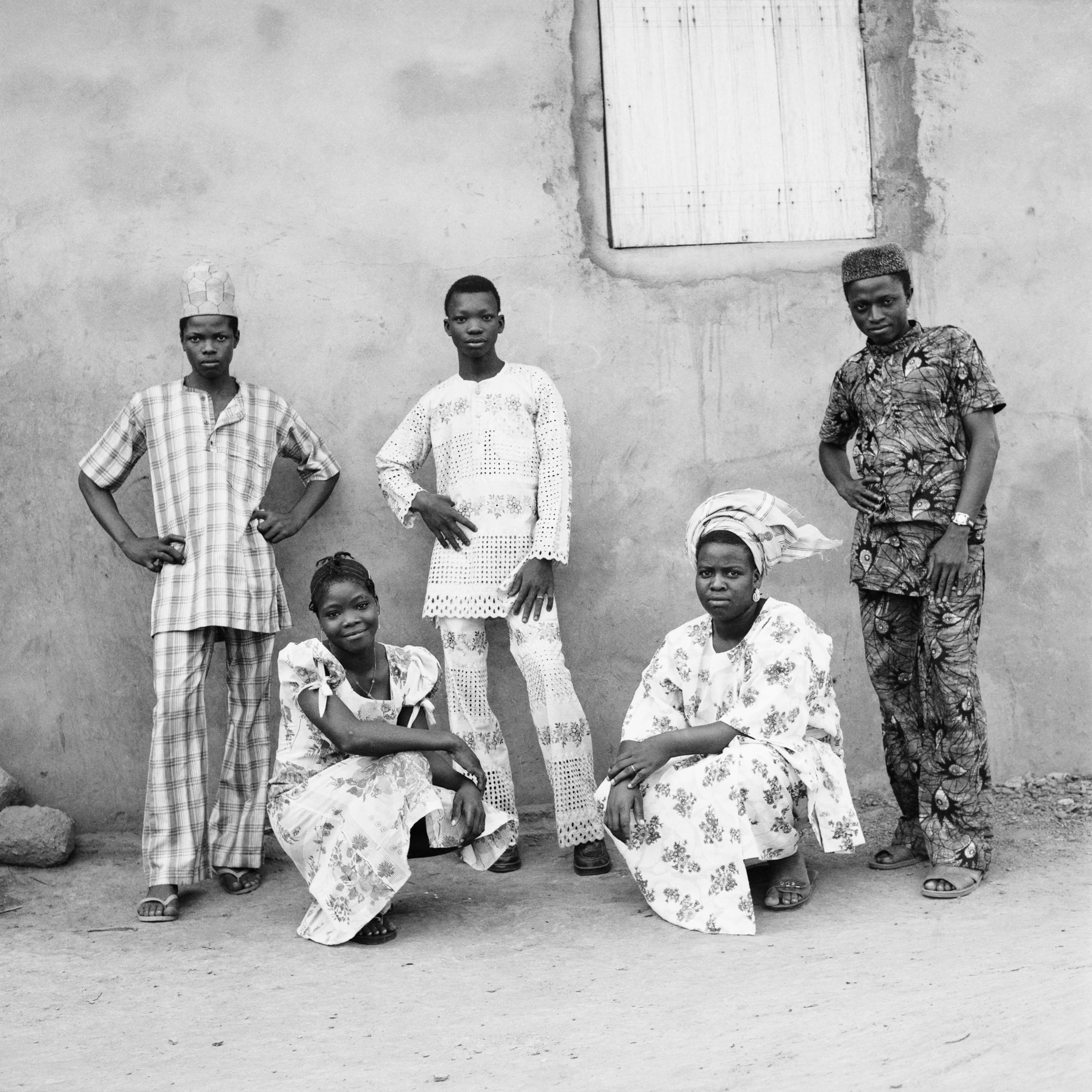 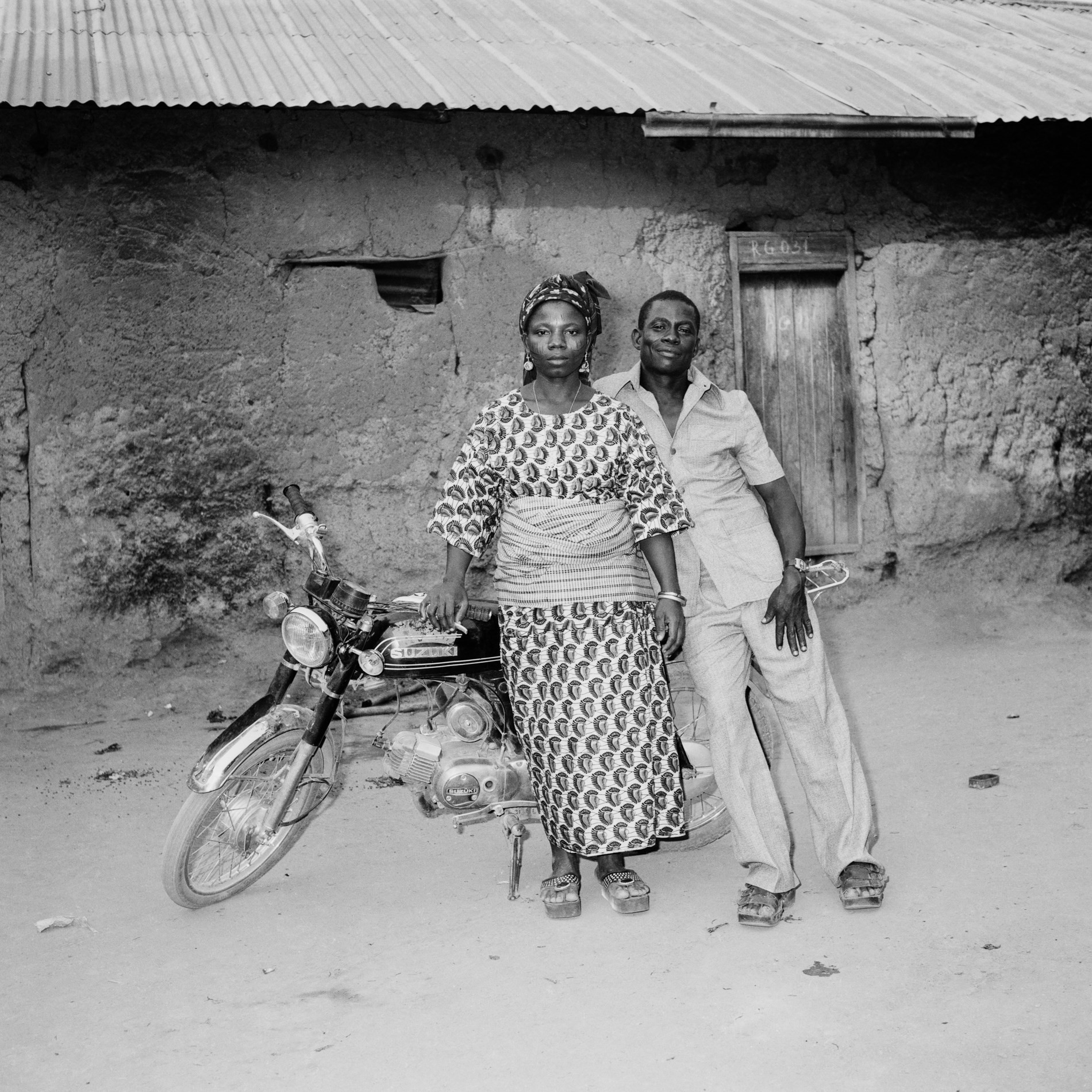 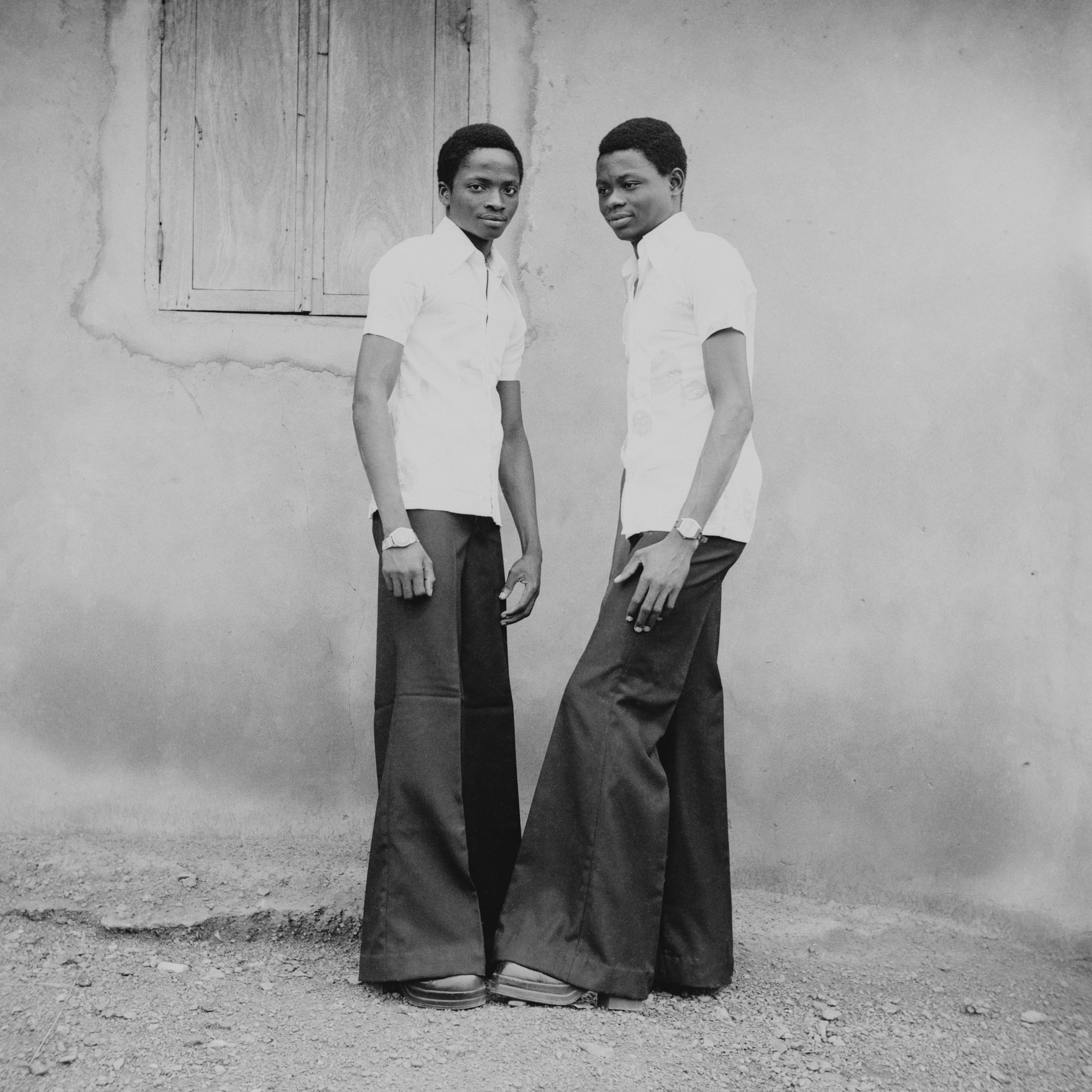 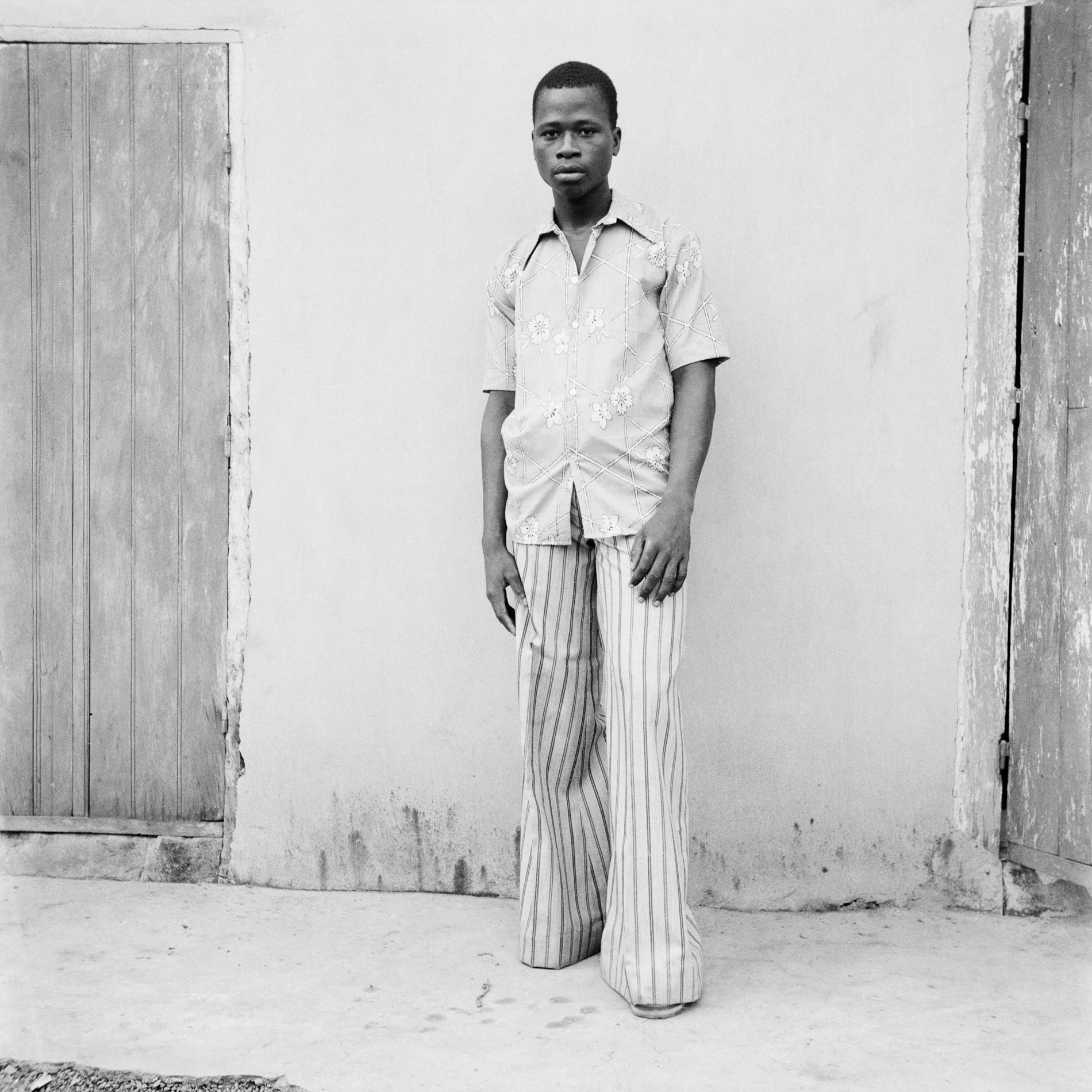 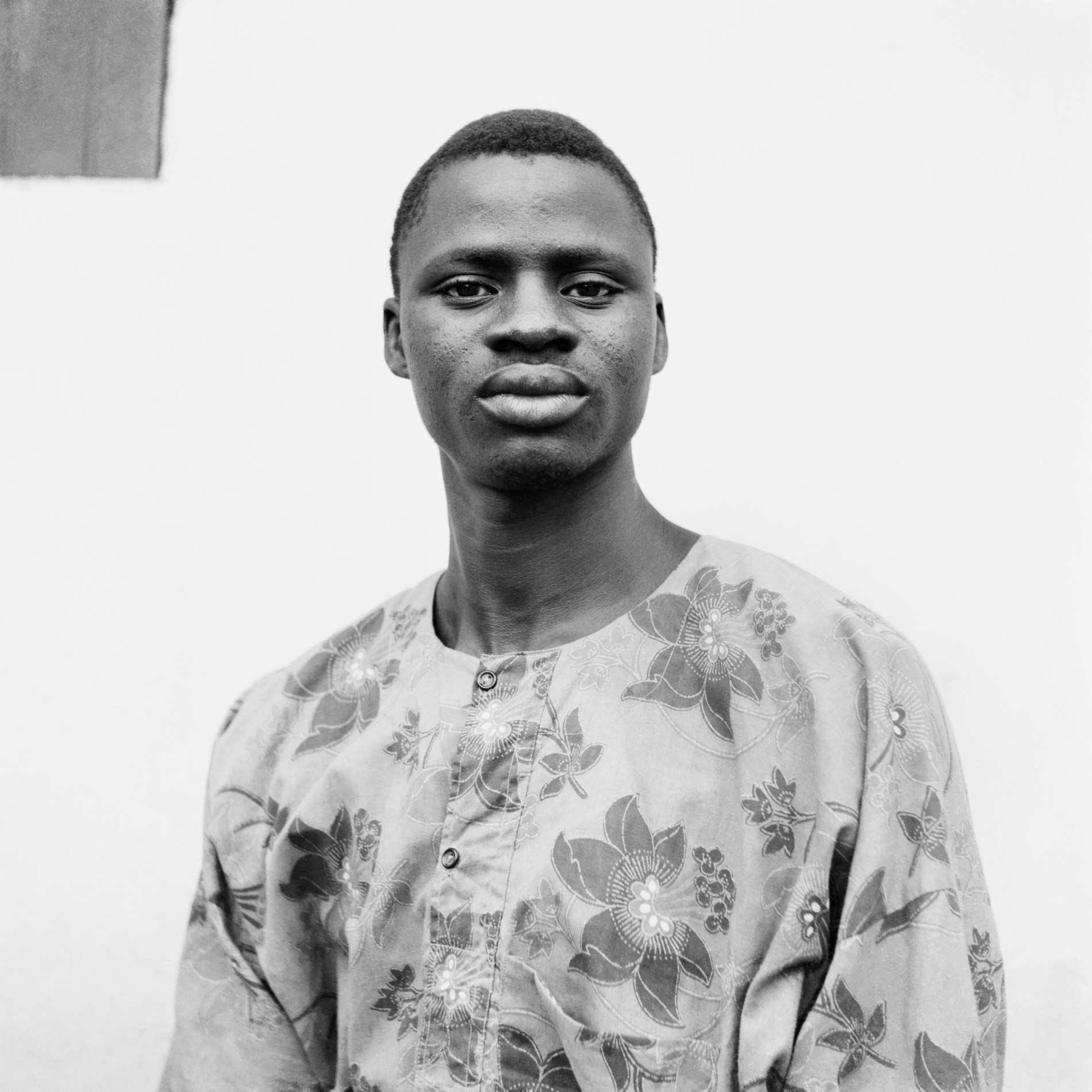 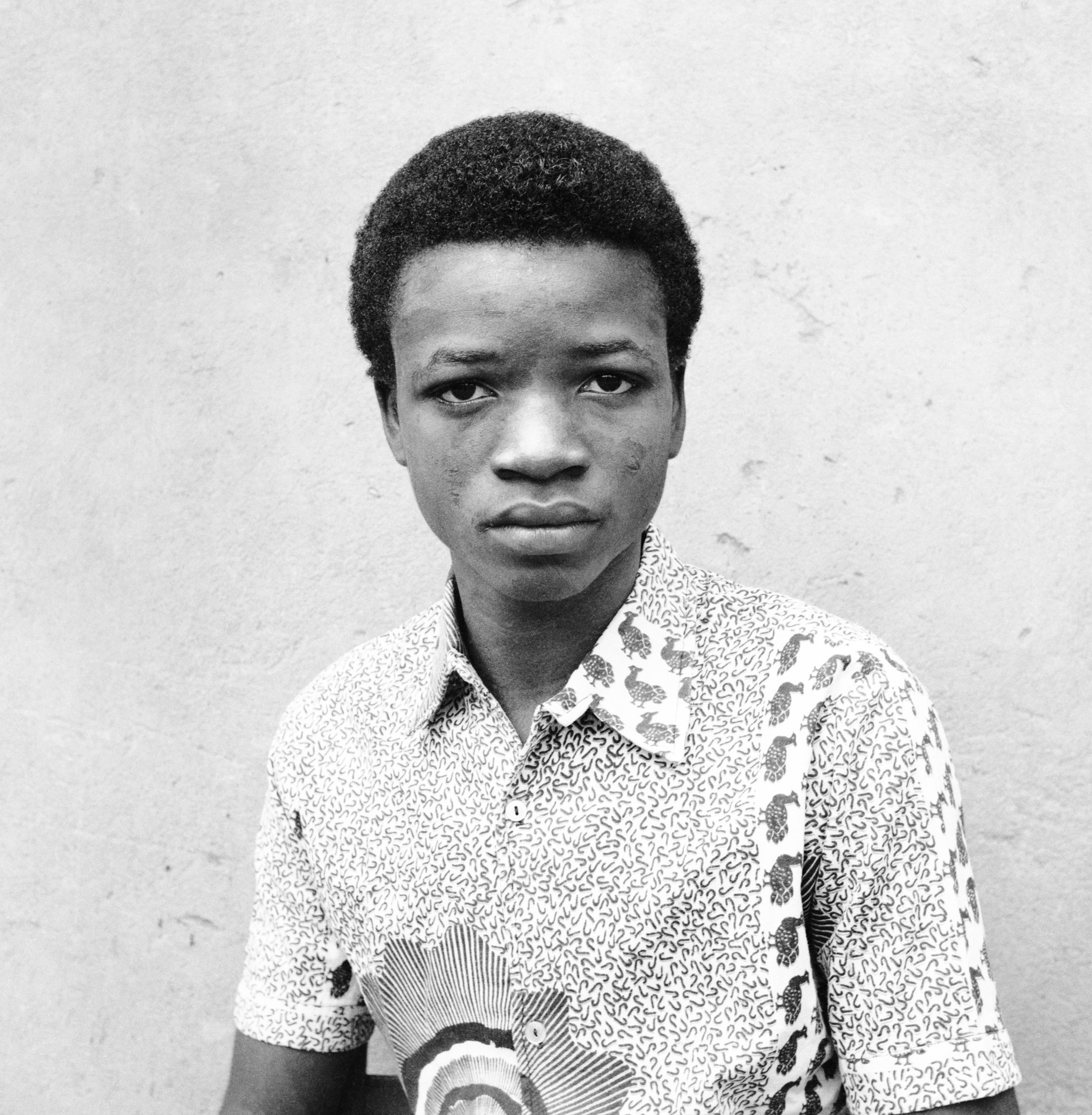 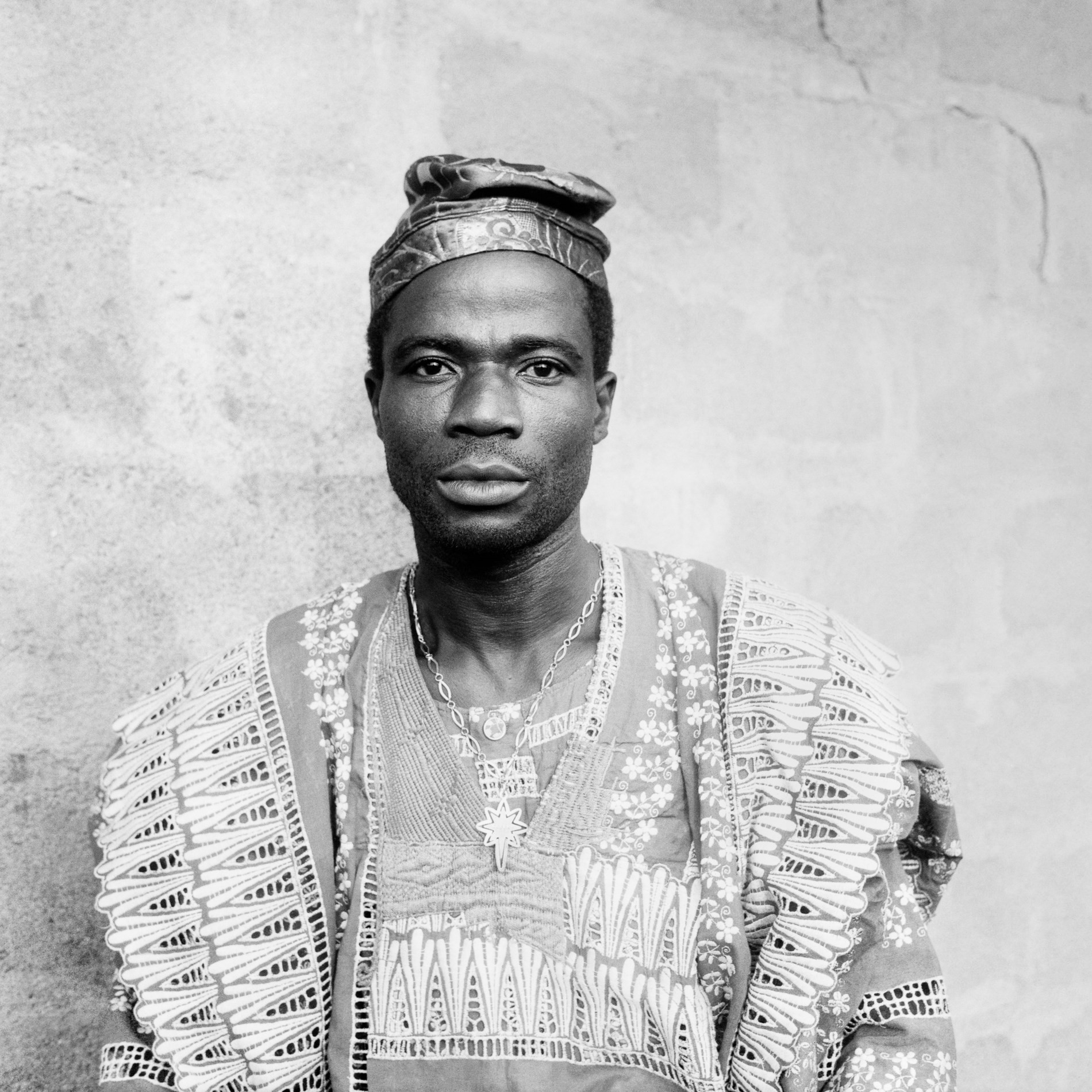 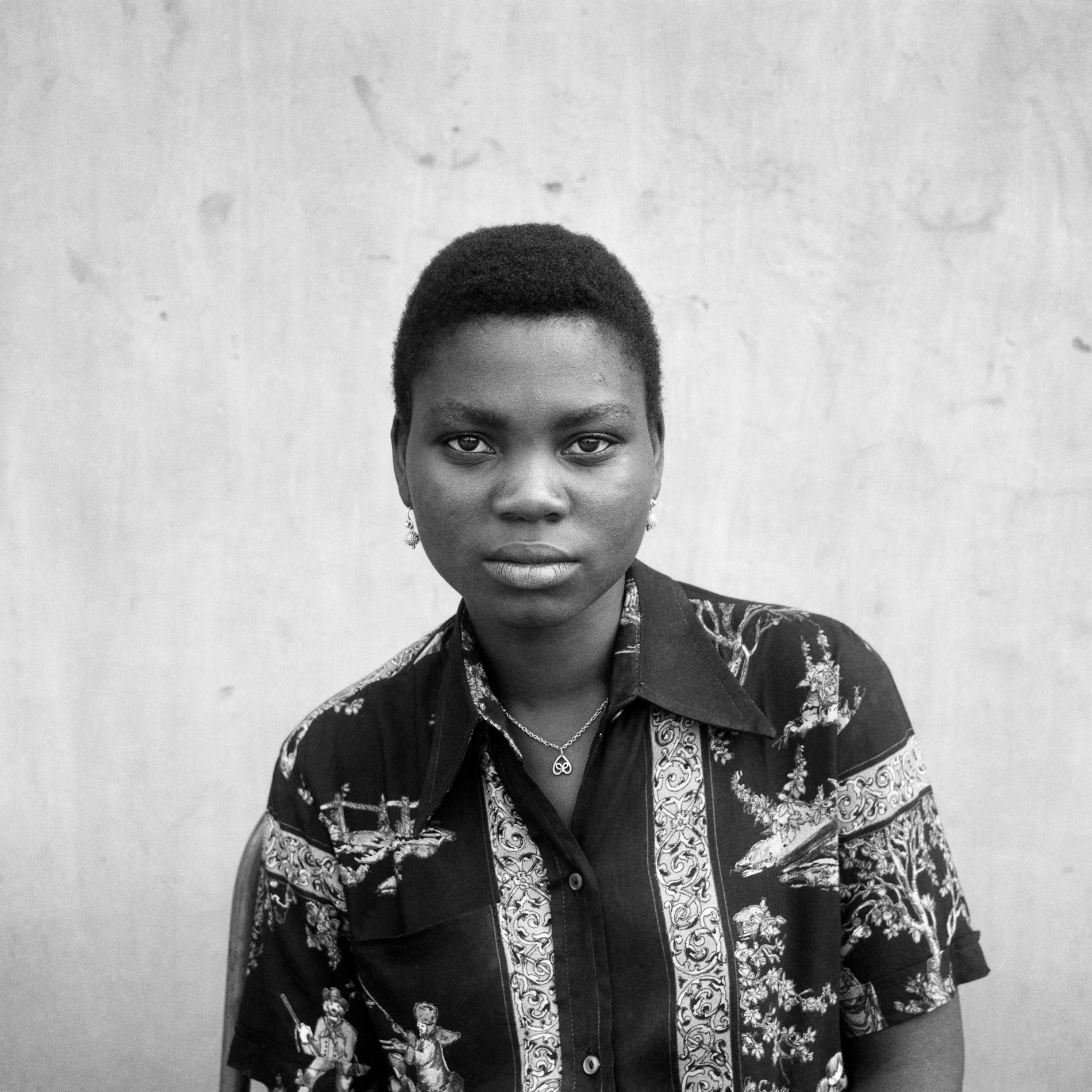 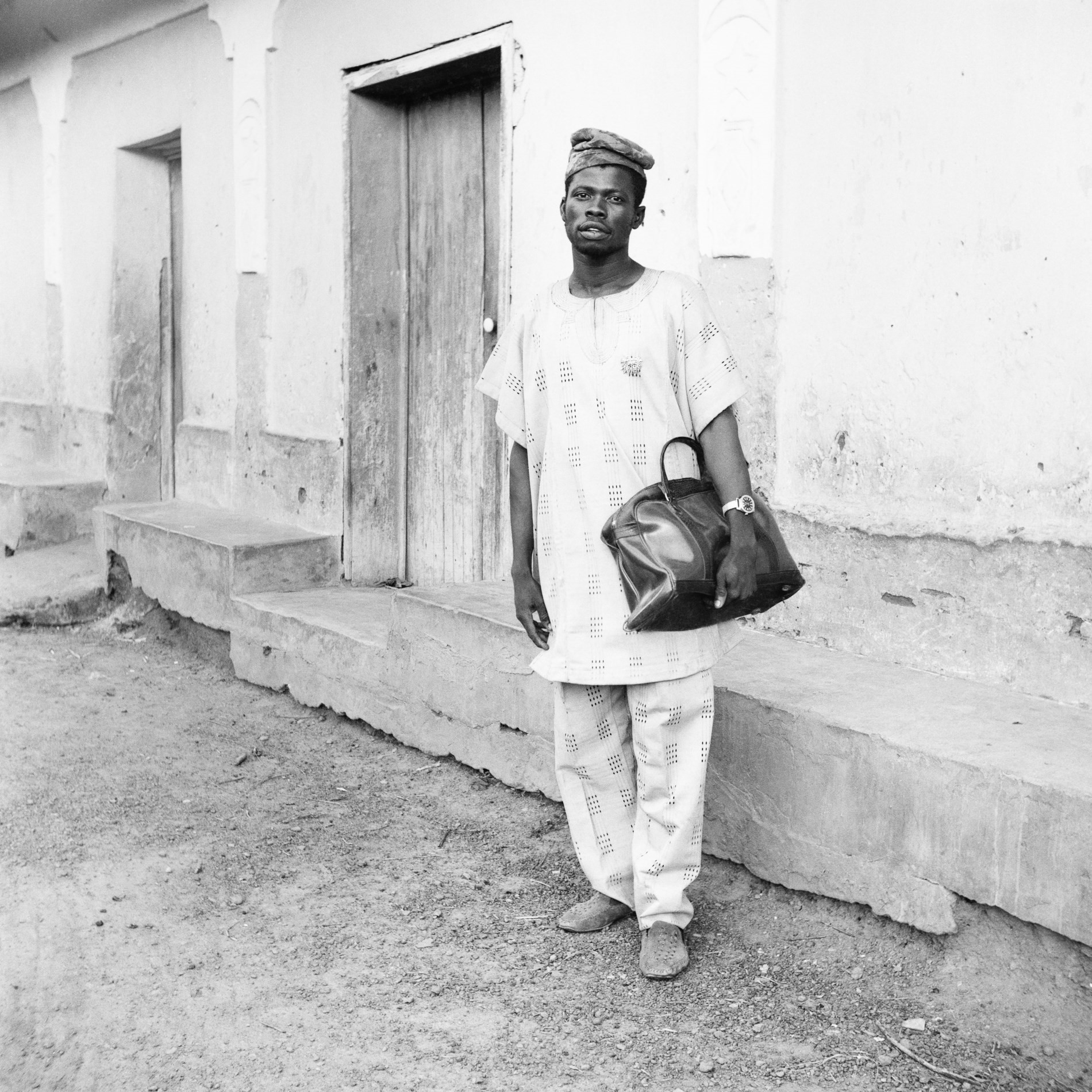 In 1968, the West African photographer Rachidi Bissiriou set up his photographic studio, Studio Plaisir, in his hometown of Kétou in Benin, which he operated until its closure in 2004. The timing of this was conspicuous – Bissiriou was only 18 and Benin had only declared its independence from French rule eight years earlier, in 1960. Armed with a Yashica twin-lens camera, Bissiriou documented these heady times, spending the next three decades shooting black and white photographs of the locals in a standard 6x6cm format.

While traditional portraits from these times often showcased their subjects unsmiling and with a rigid formality, Bissiriou’s images are remarkable for their simplicity and a freshness that feels utterly contemporary. Shot against plain backdrops, or in the town where they lived, Bissiriou’s subjects posed wearing their own clothing, which could range from traditional West African attire such as grand boubou, head wraps and Ankara agbadas, to more modern styles that nodded to the explosion in youth culture at the time. The image of two men – each wearing shirts unbuttoned to their sternum, paired with flared trousers, or a group of three women in sunglasses posing proudly with their handbags clearly demonstrates the post-independence verve. Bissiriou’s skill was in forging a connection with his subjects, being able to put them at ease, and allowing their innate sense of self-expression to shine through. His camera often captured his subjects in a moment of quiet repose, by turns self-possessed, contemplative, and optimistic.

For Bissiriou, the desire to become a photographer was in his own words, ‘because someone who is a photographer has the freedom to go anywhere and everywhere.’ While the primary focus of his nearly three decades of photography were the residents and families of his hometown, the images are no less transportive, instantly painting a vivid picture of West African society during a ground-breaking moment of transformation.

A book of the work, Gloire Immortelle, has been published by Stanley/Barker to coincide with the exhibition at David Hill Gallery.