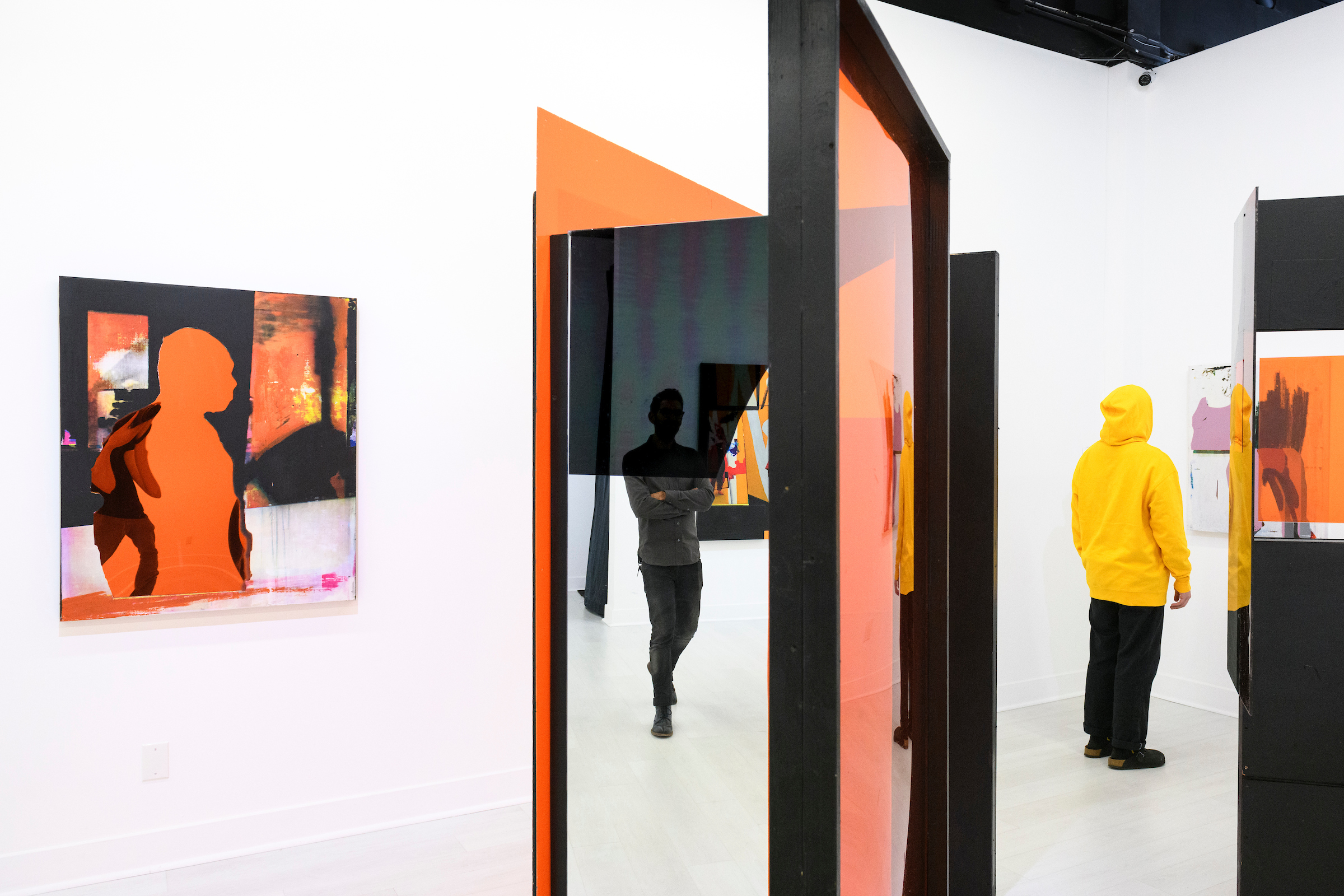 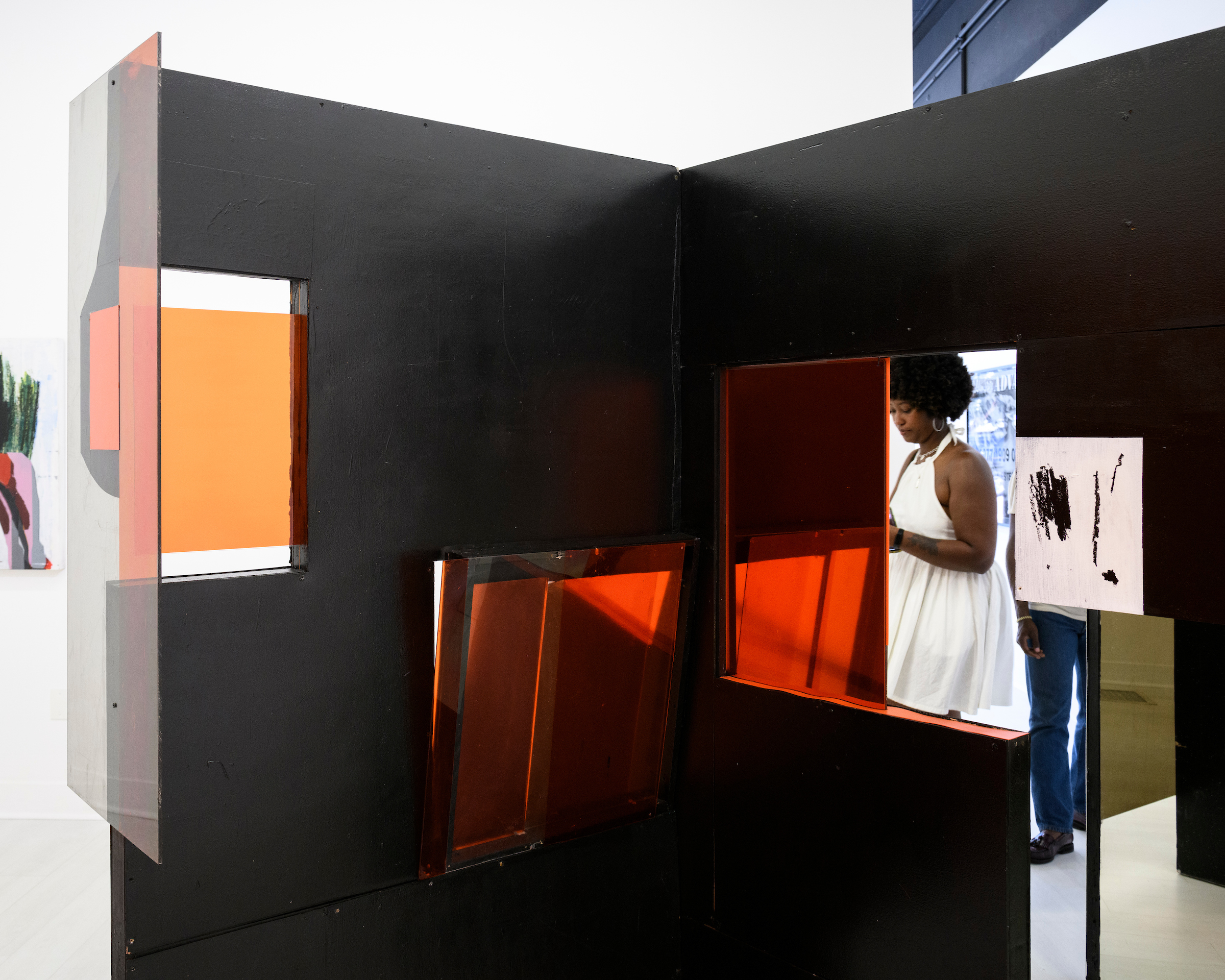 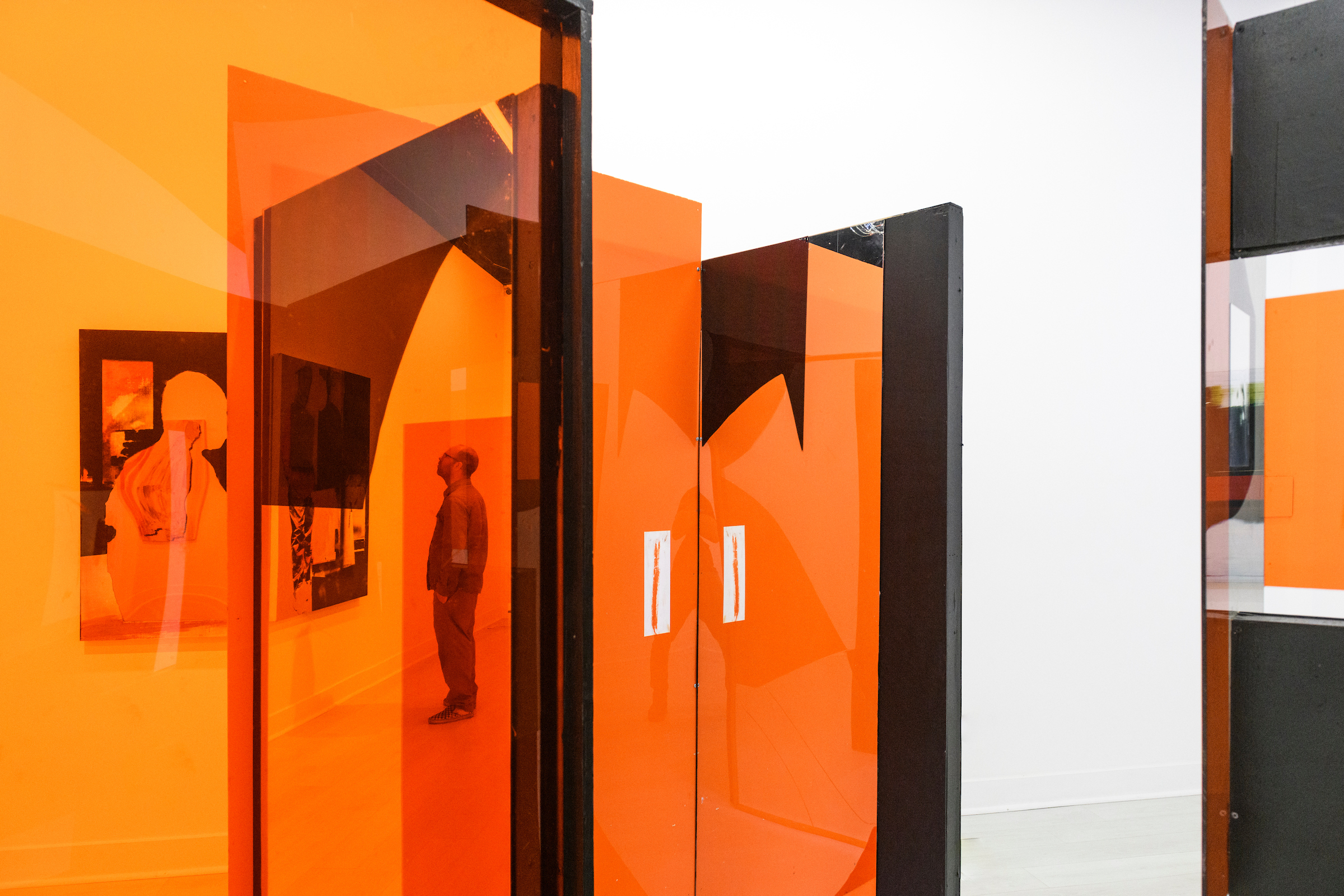 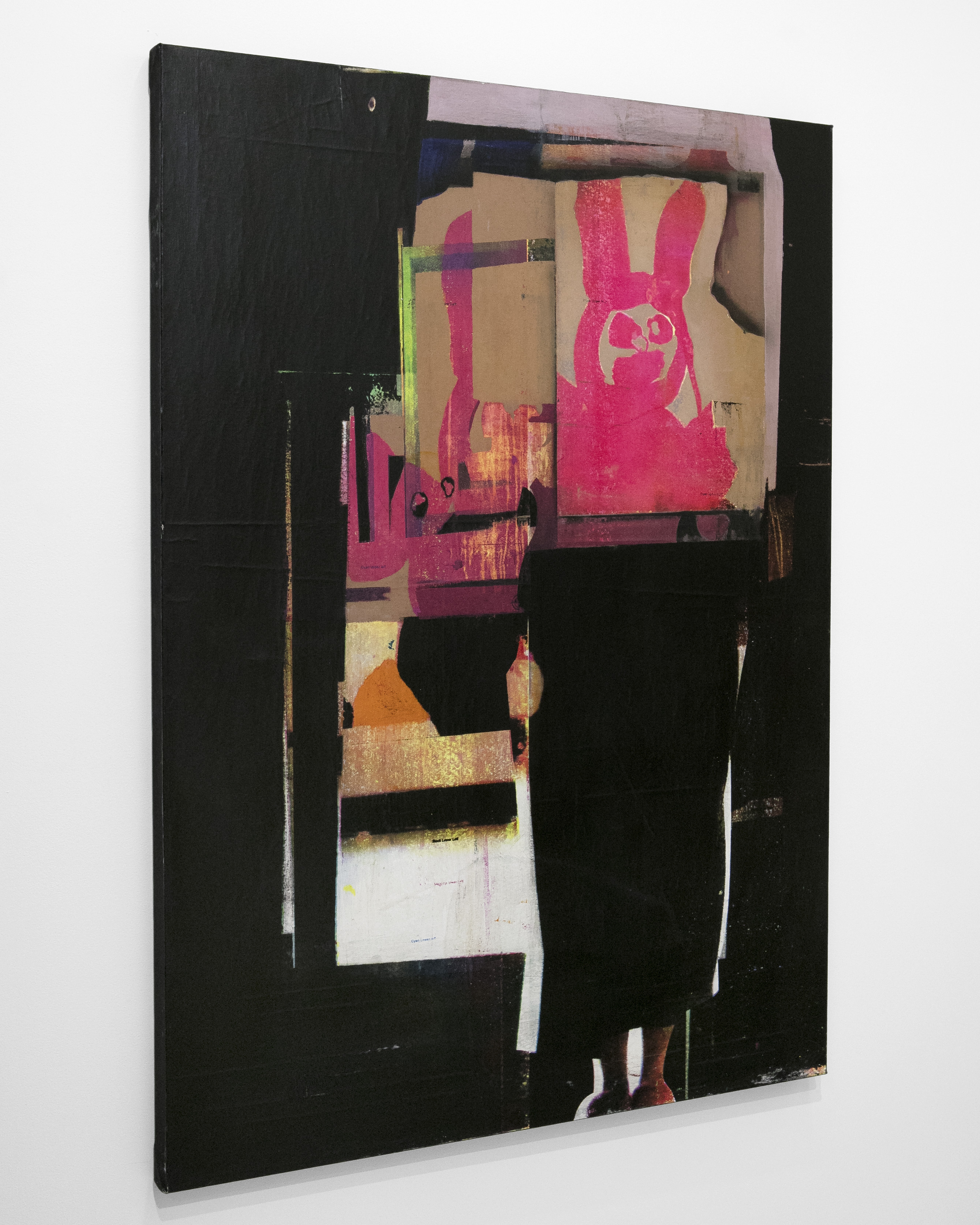 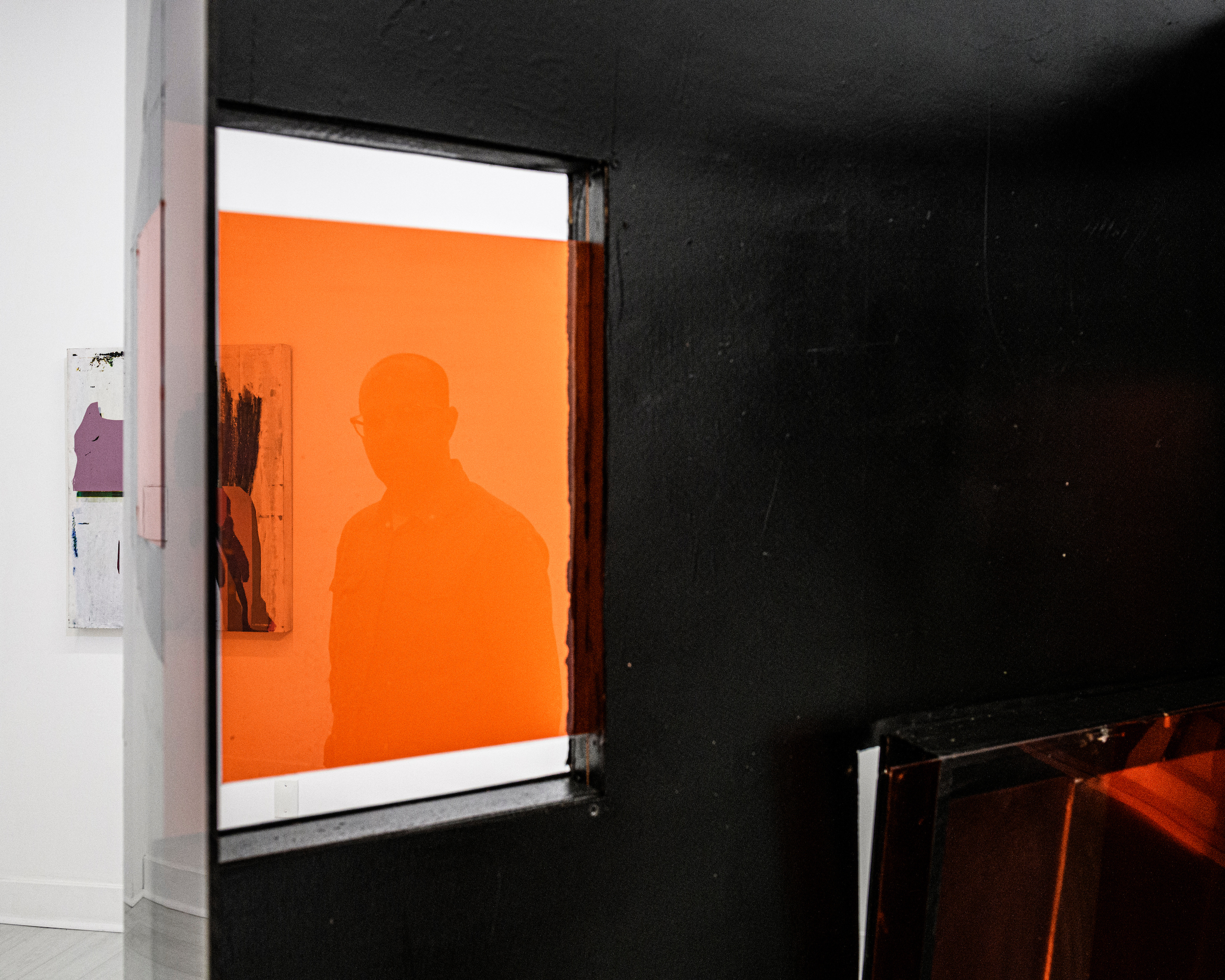 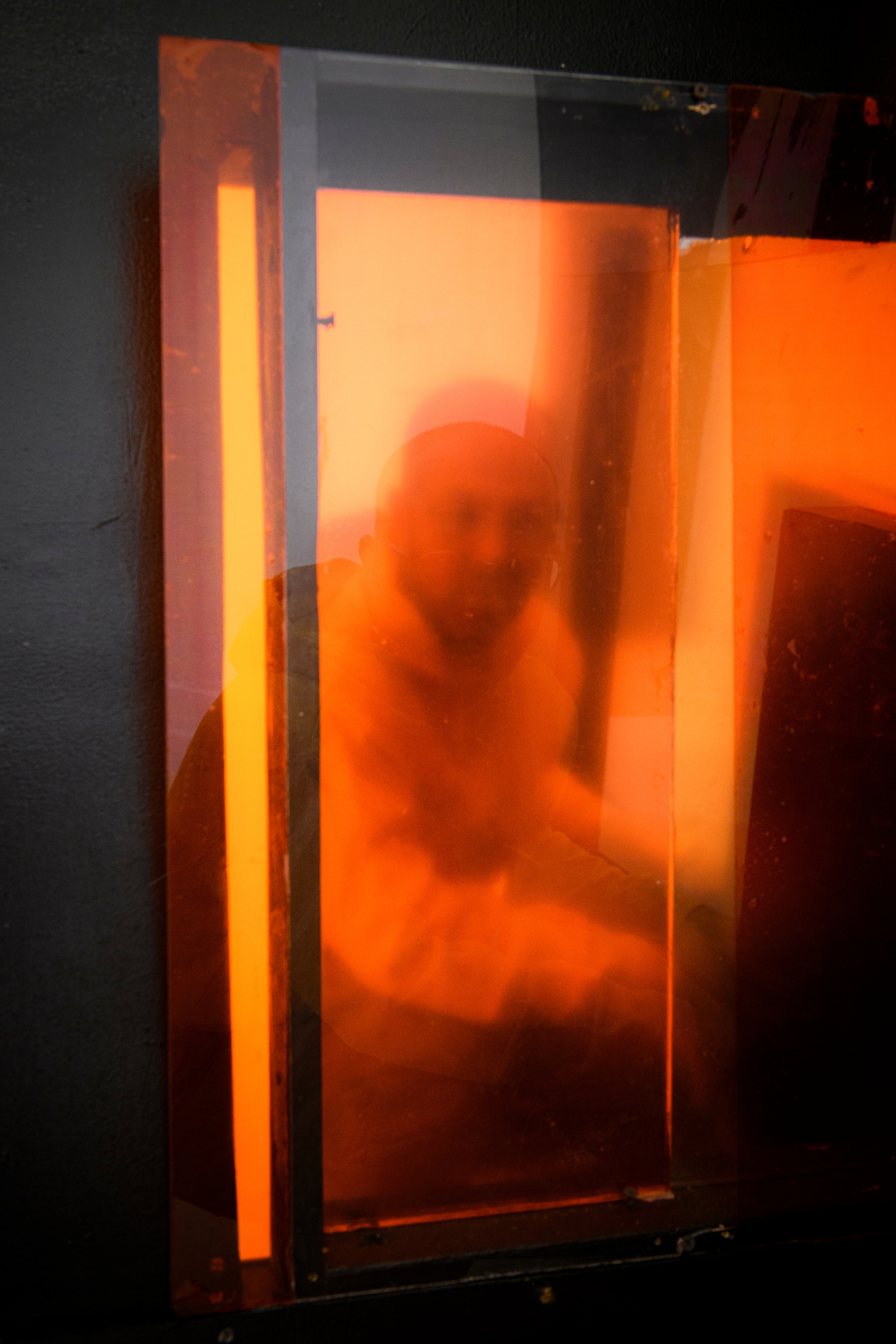 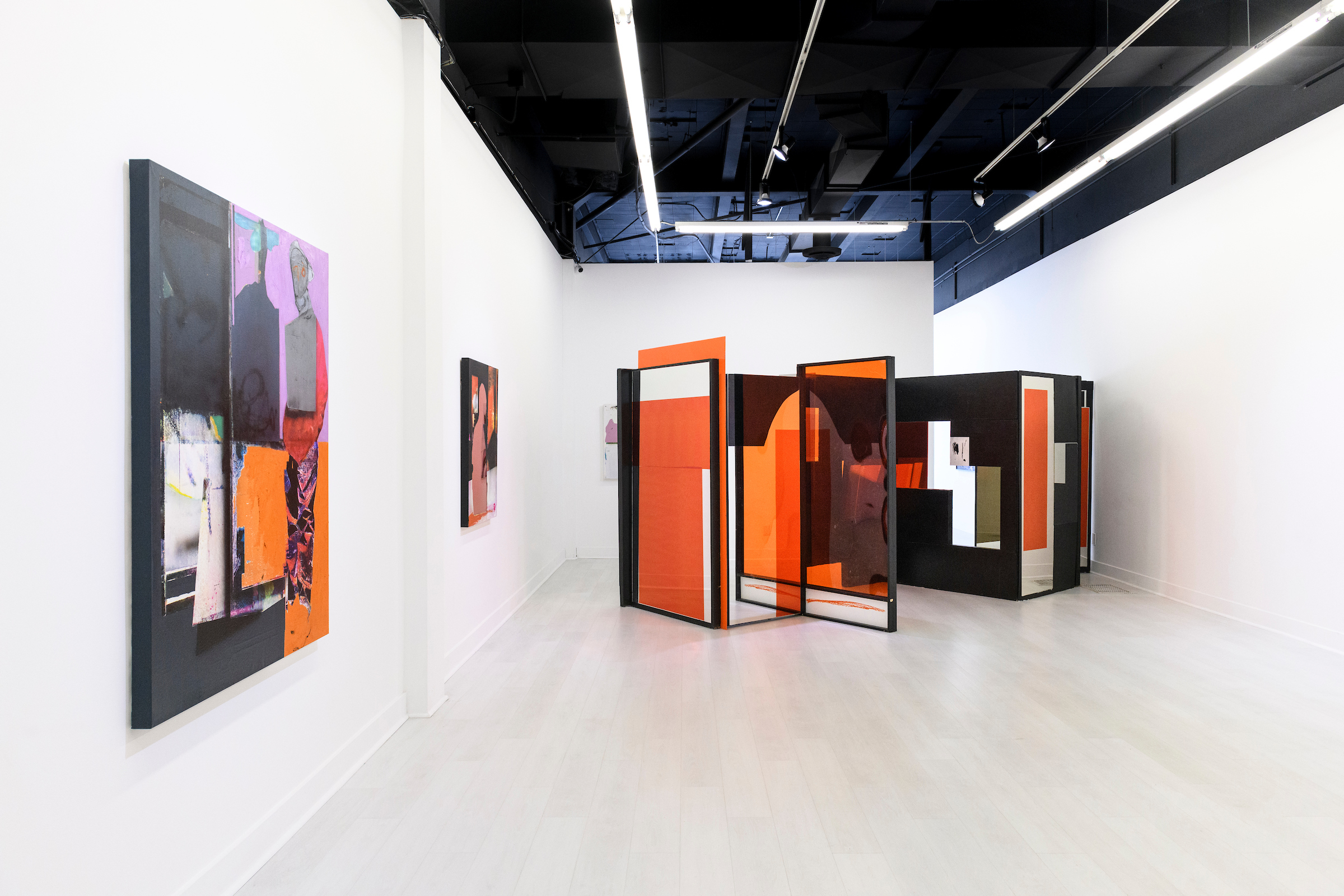 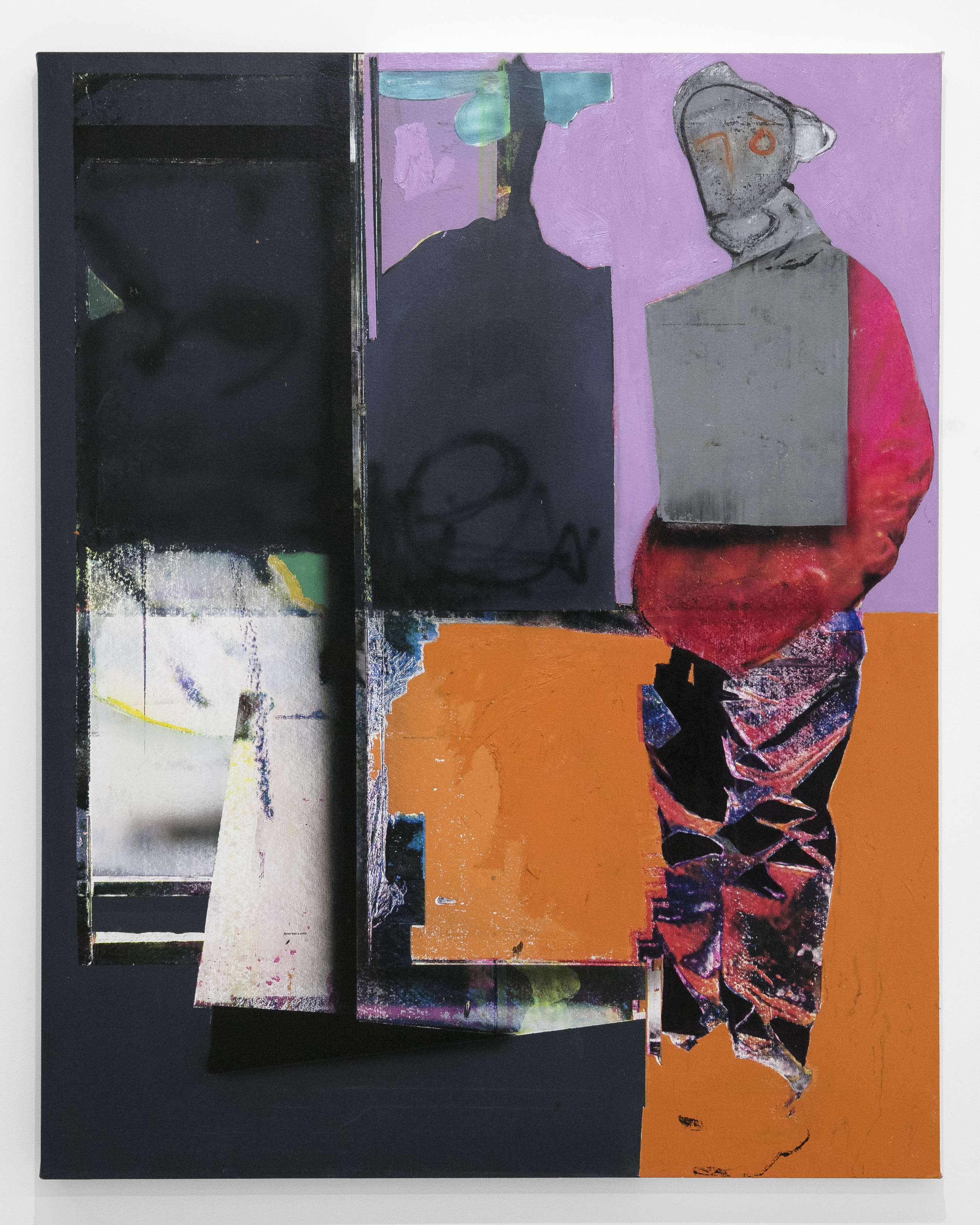 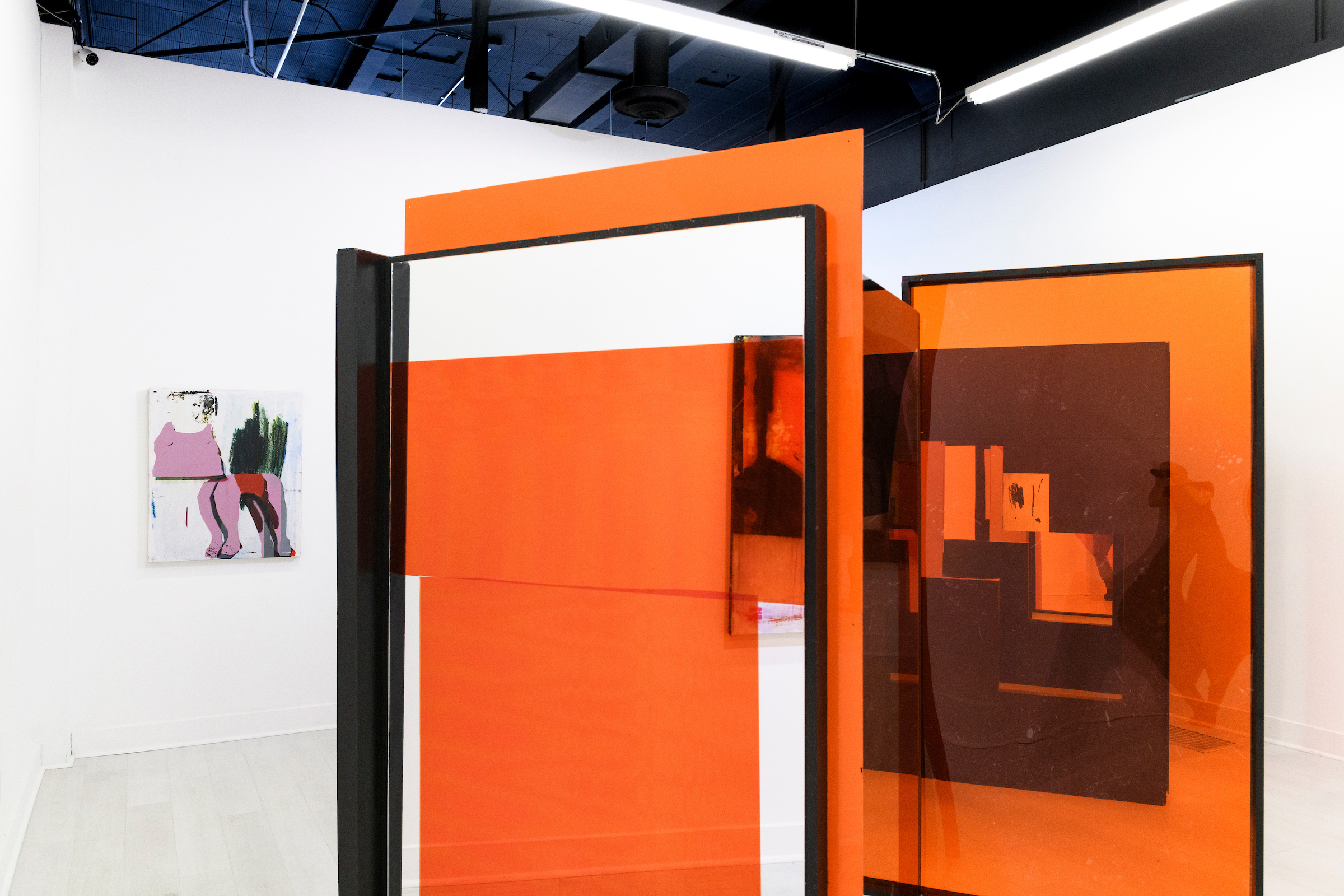 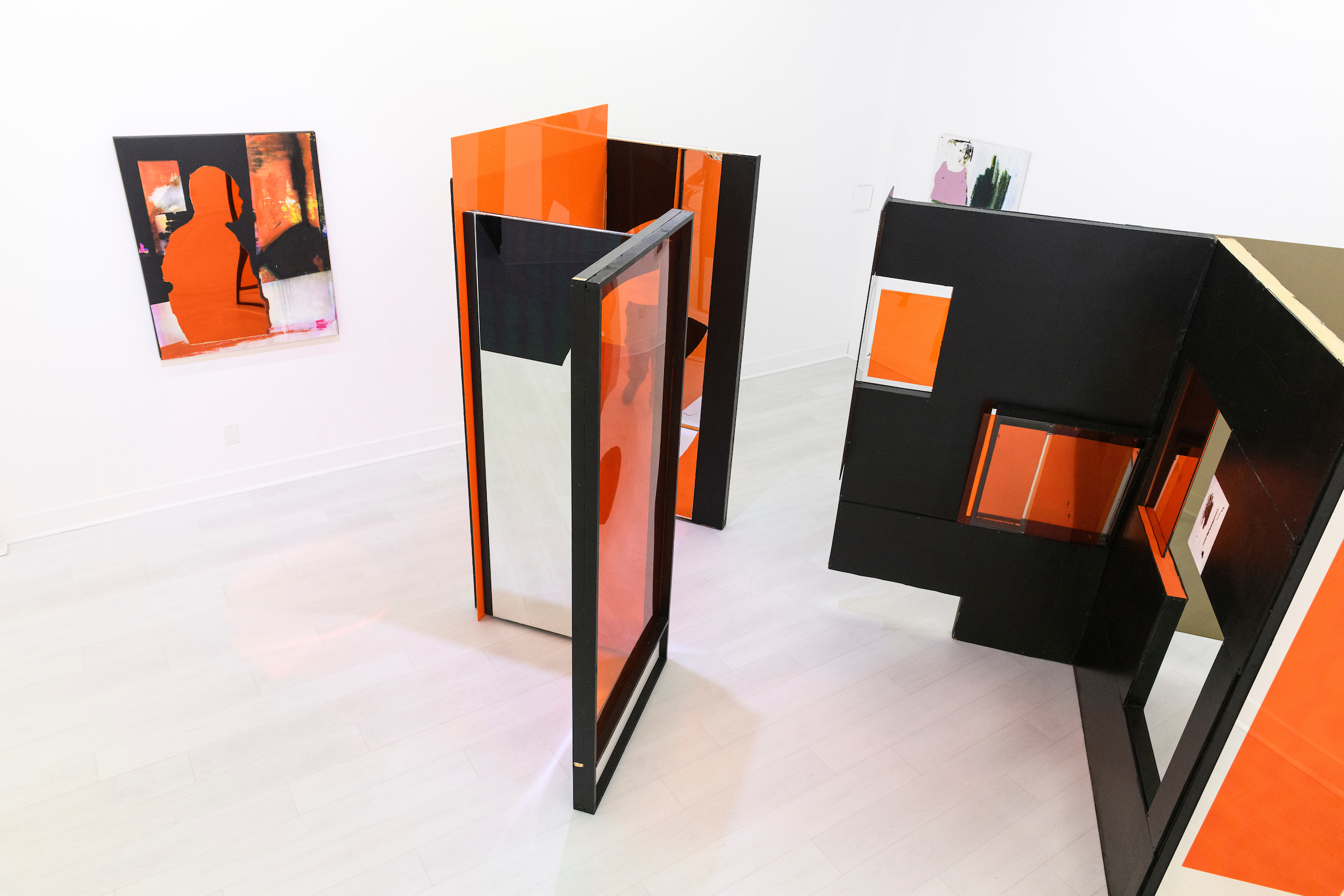 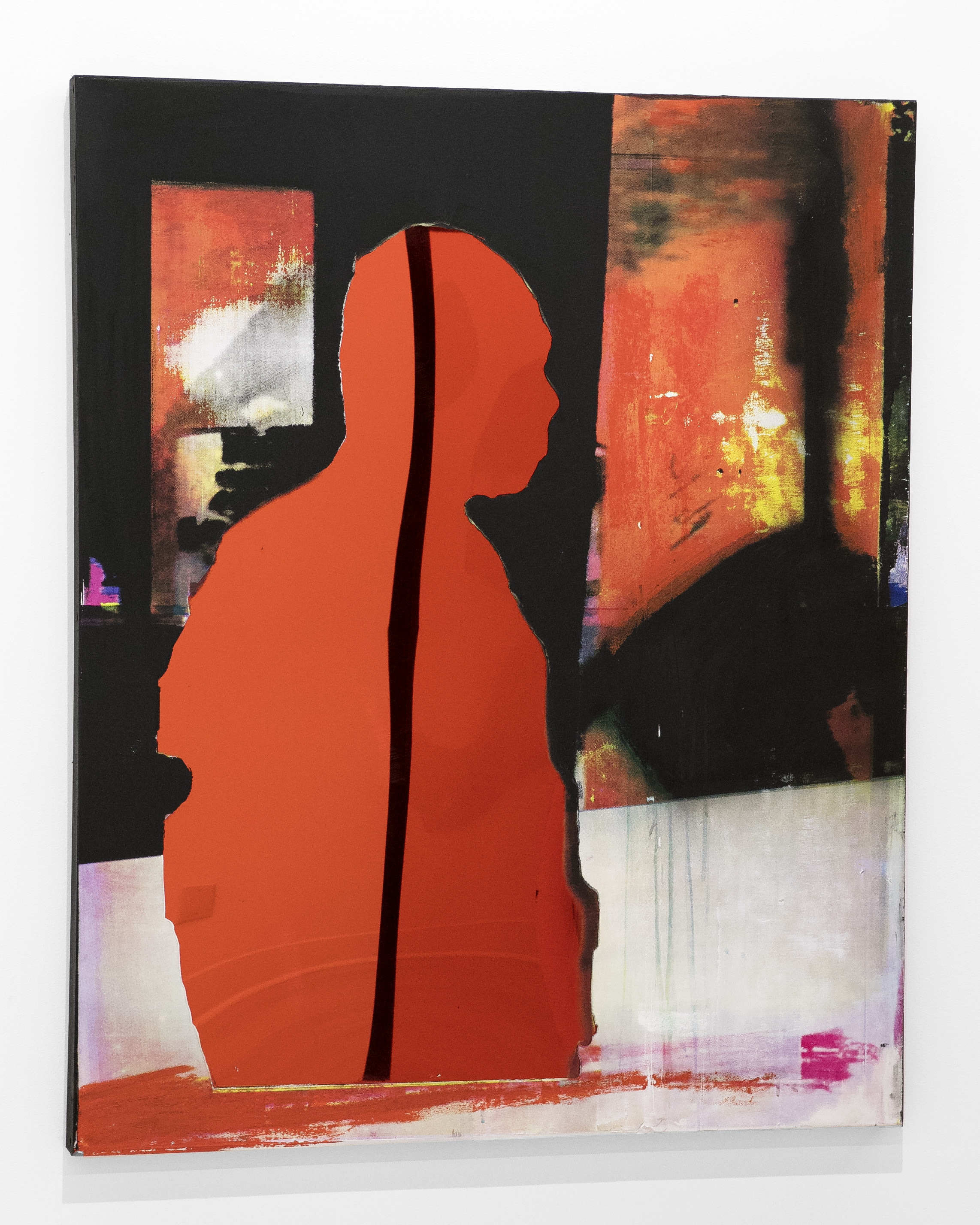 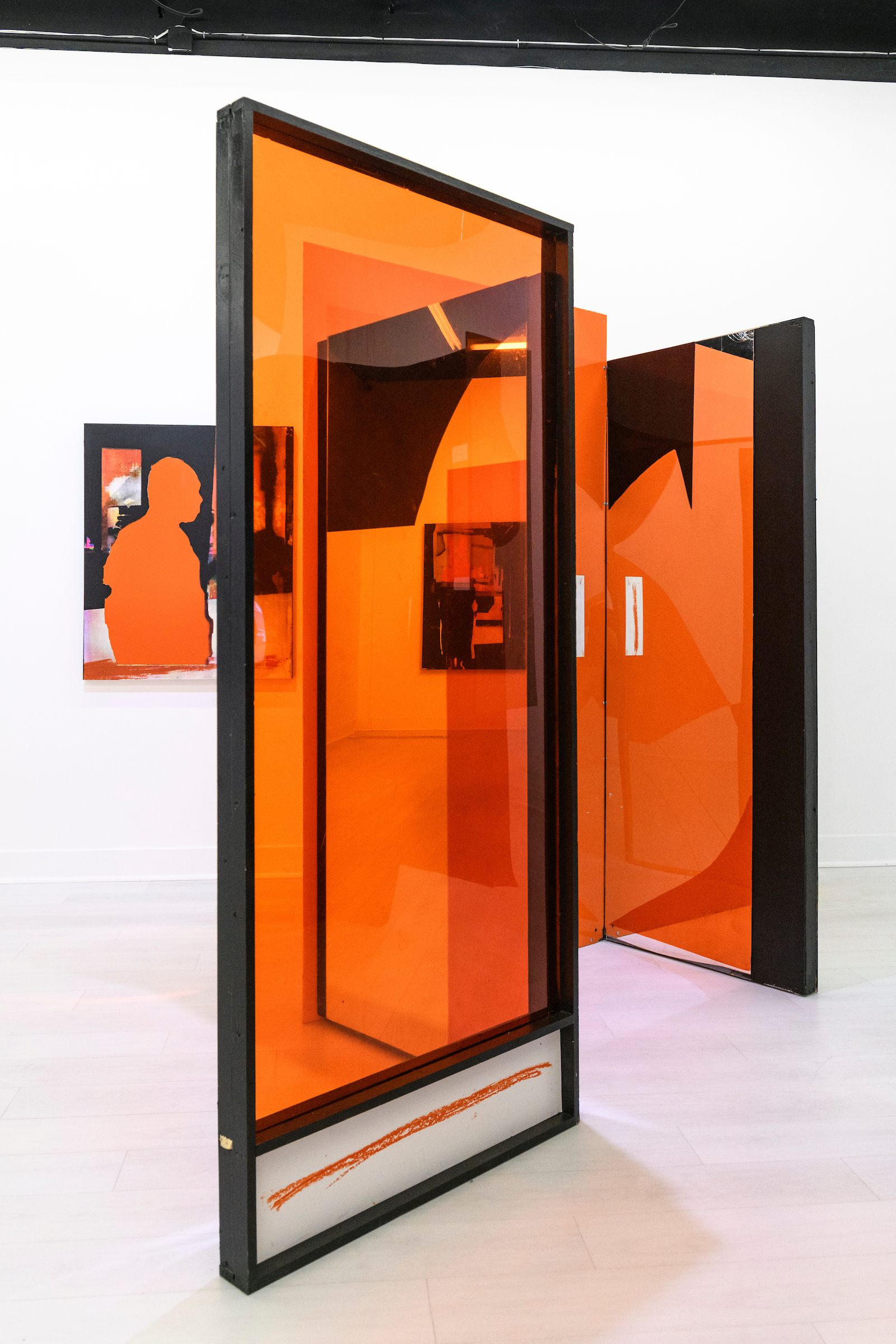 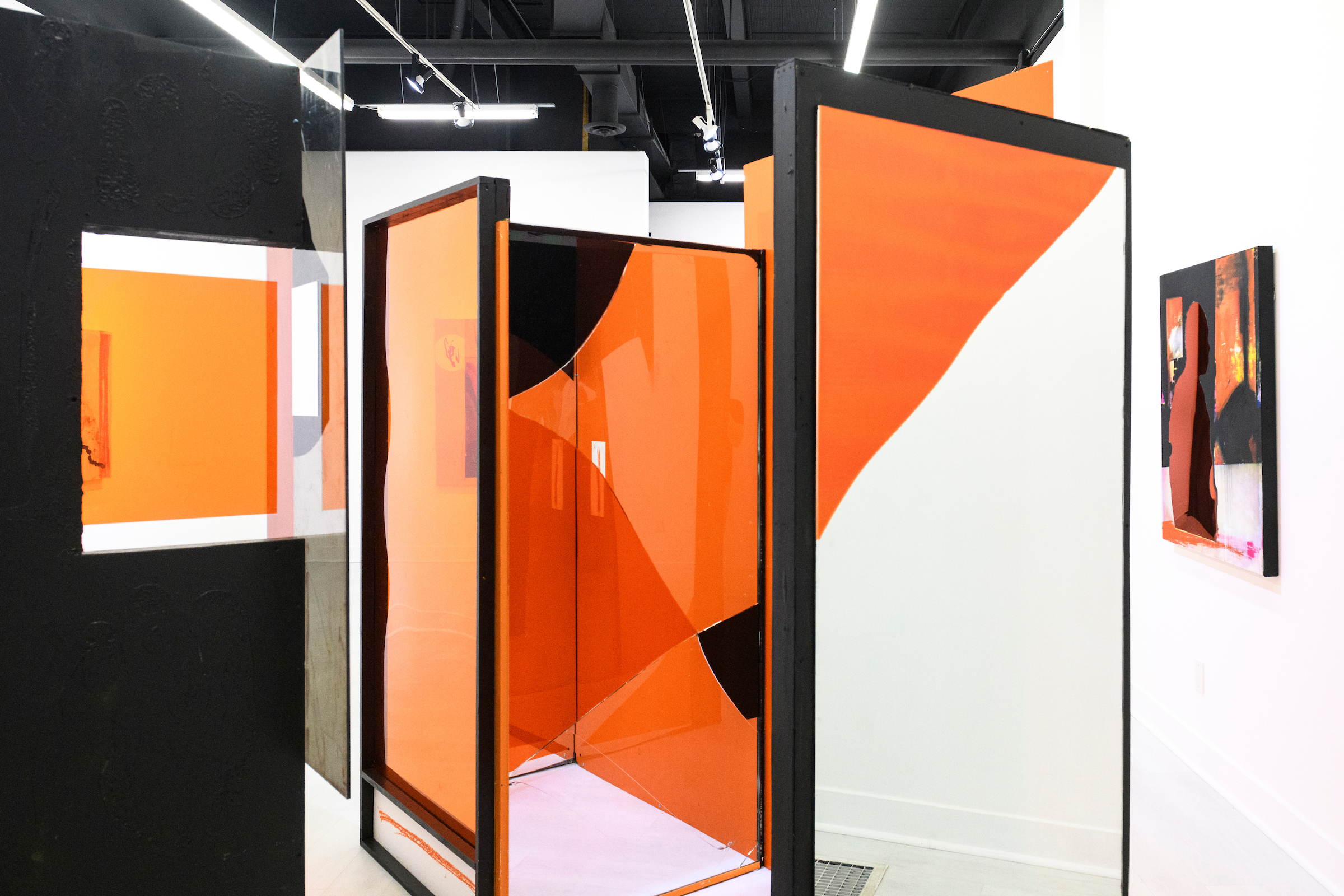 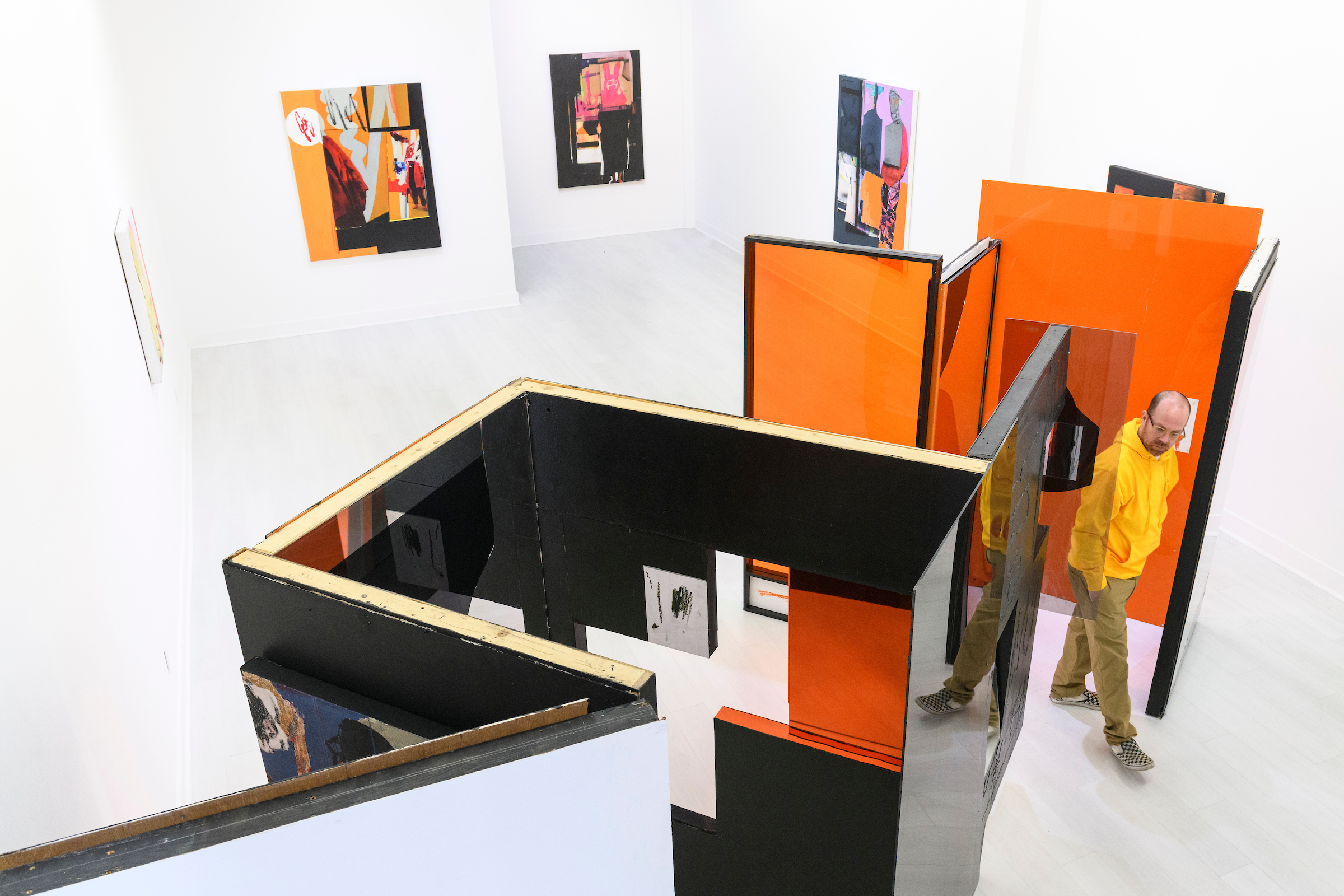 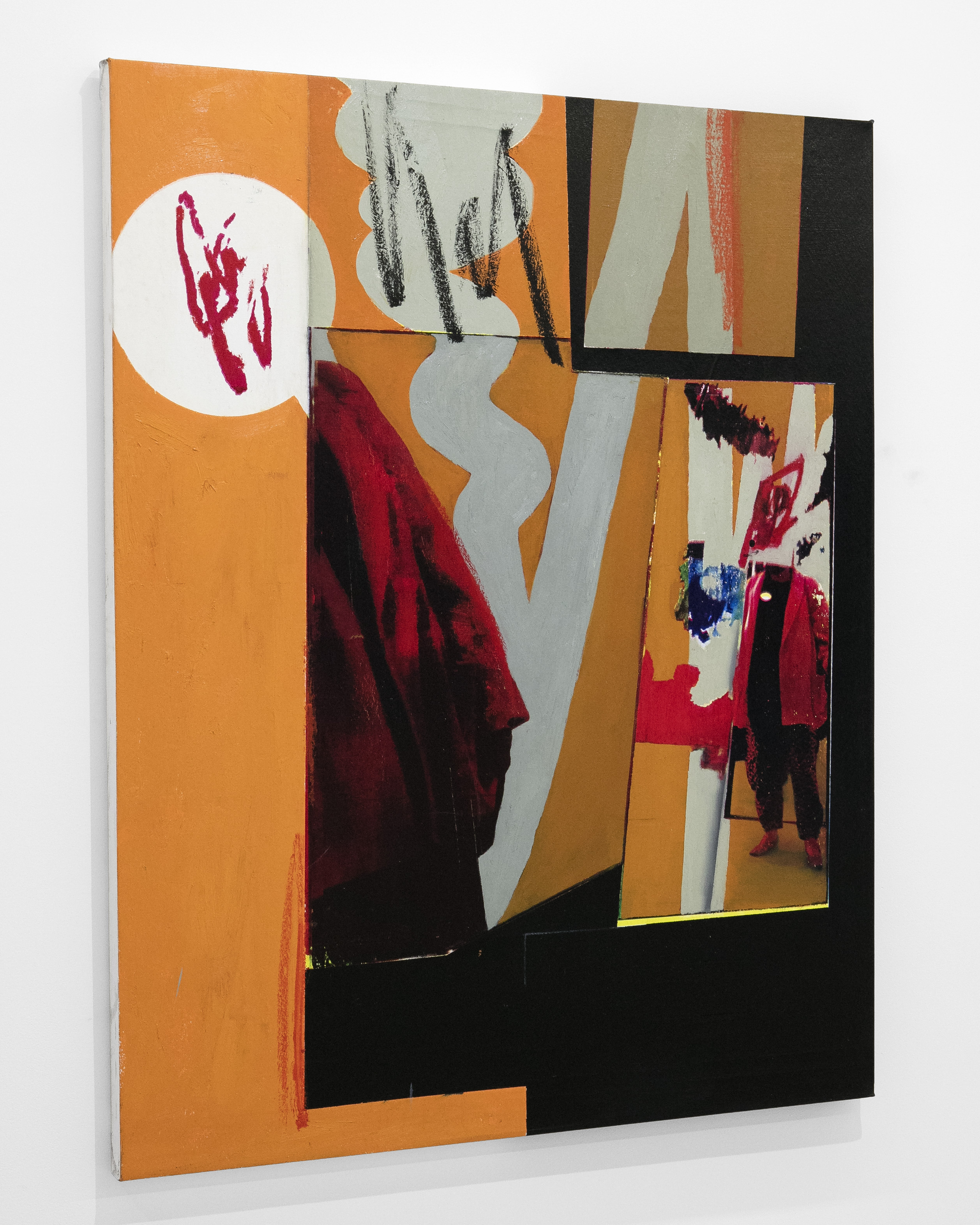 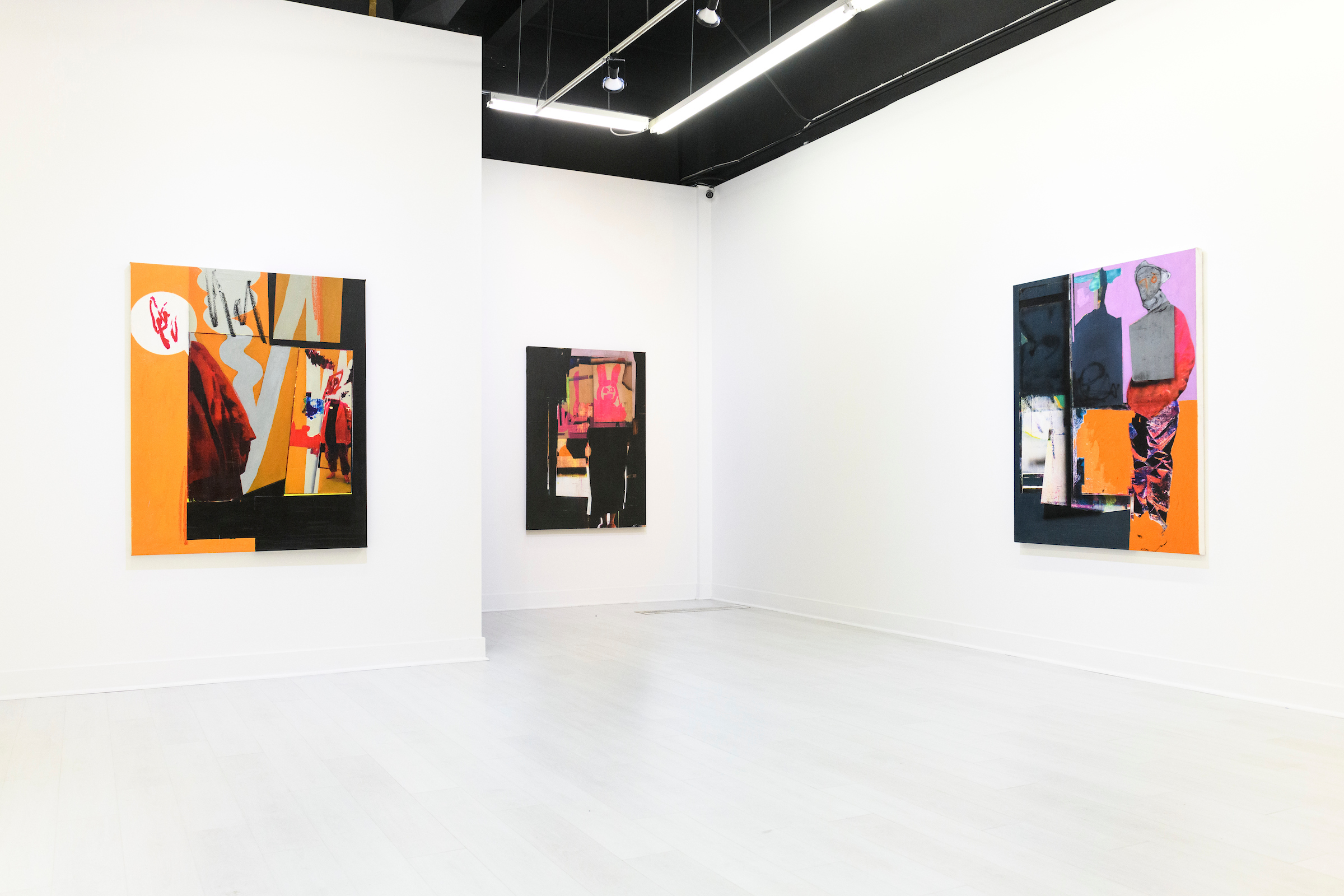 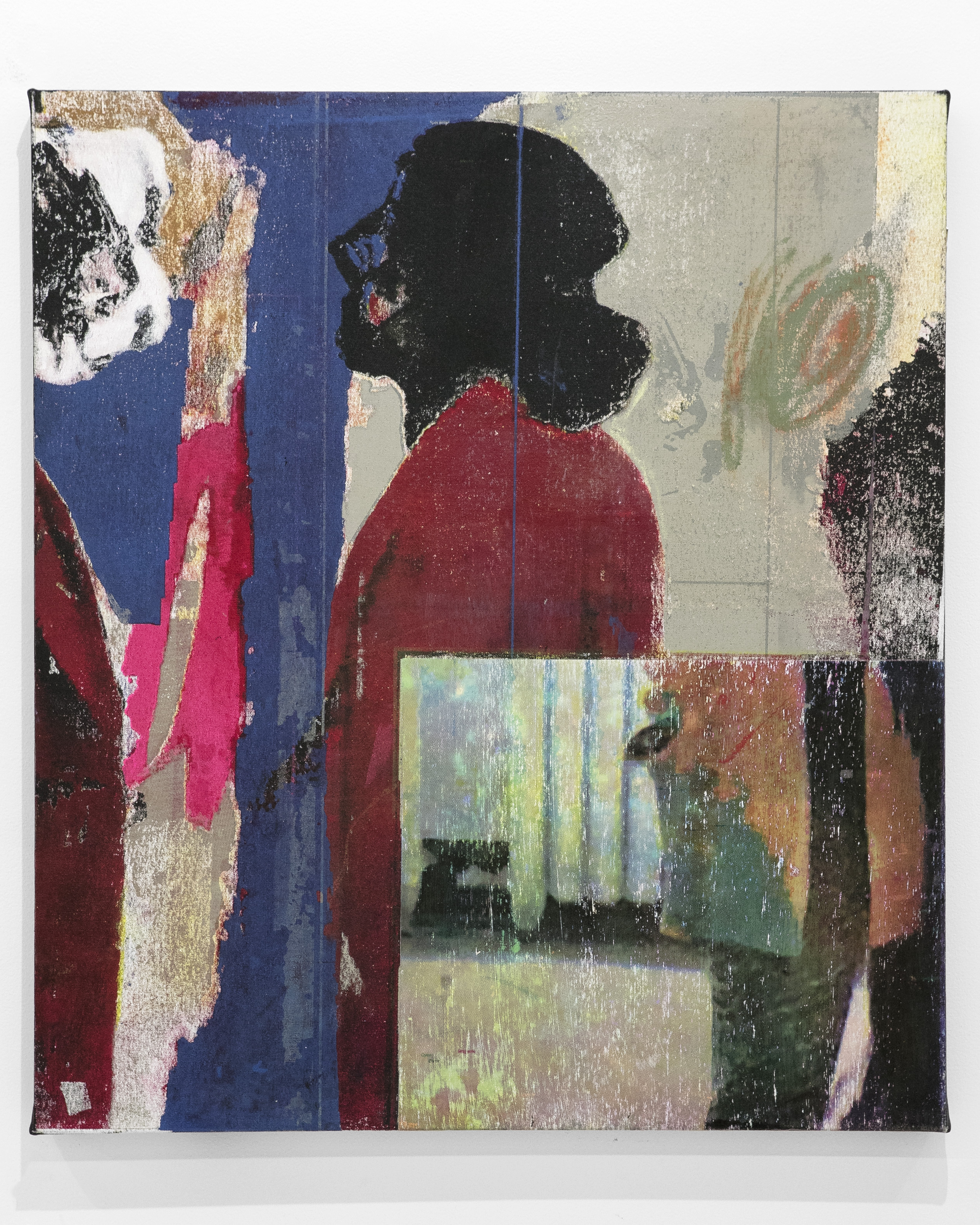 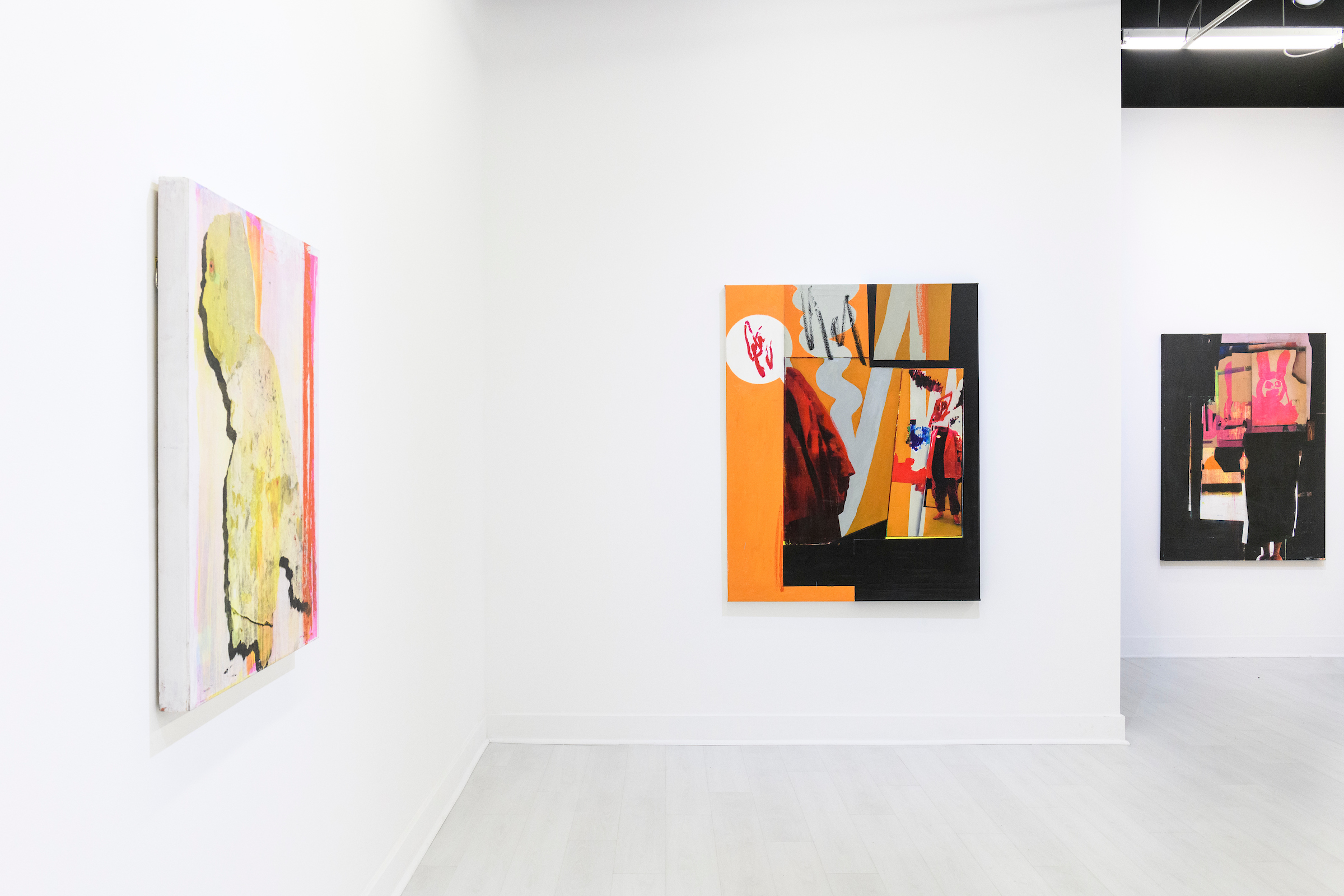 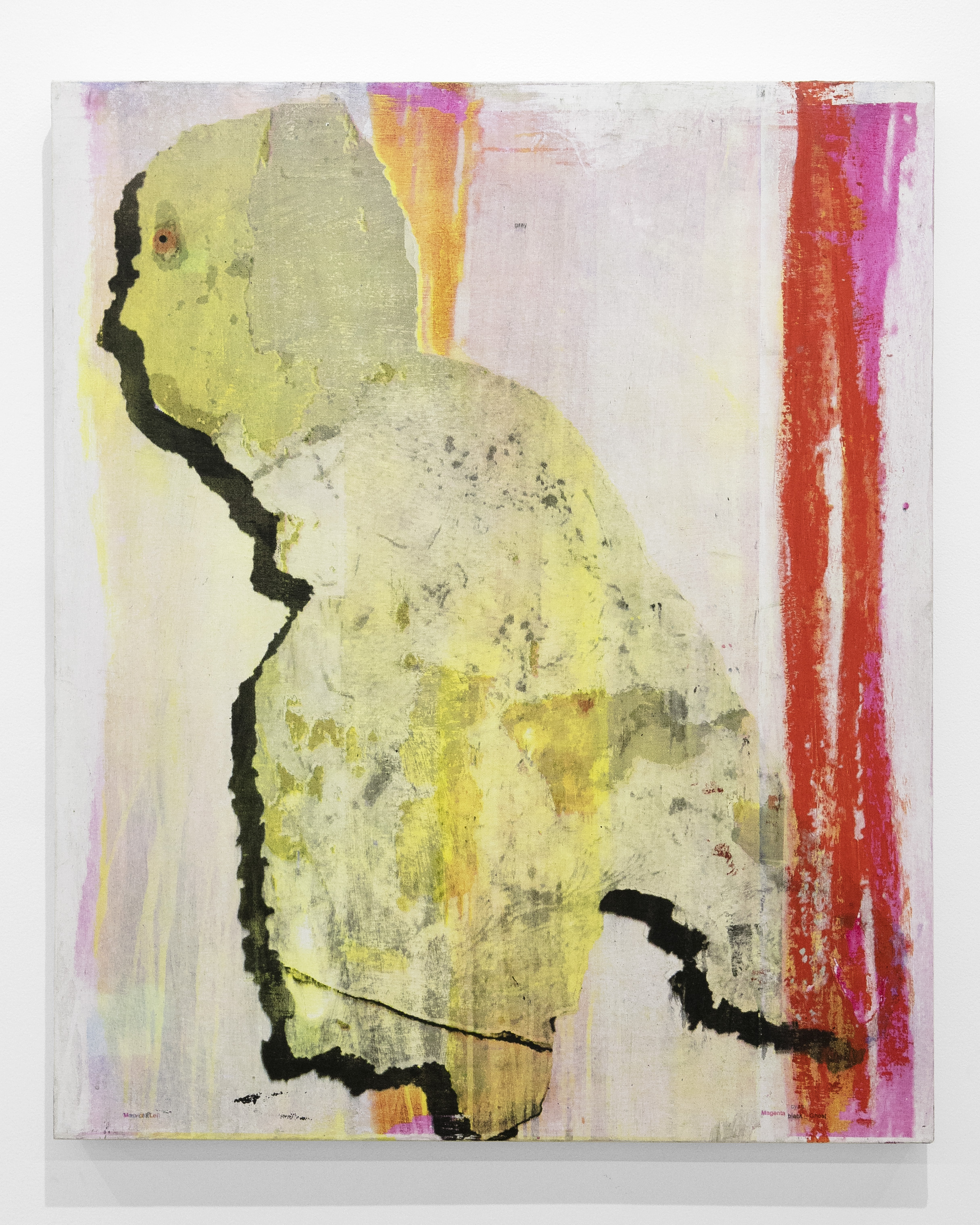 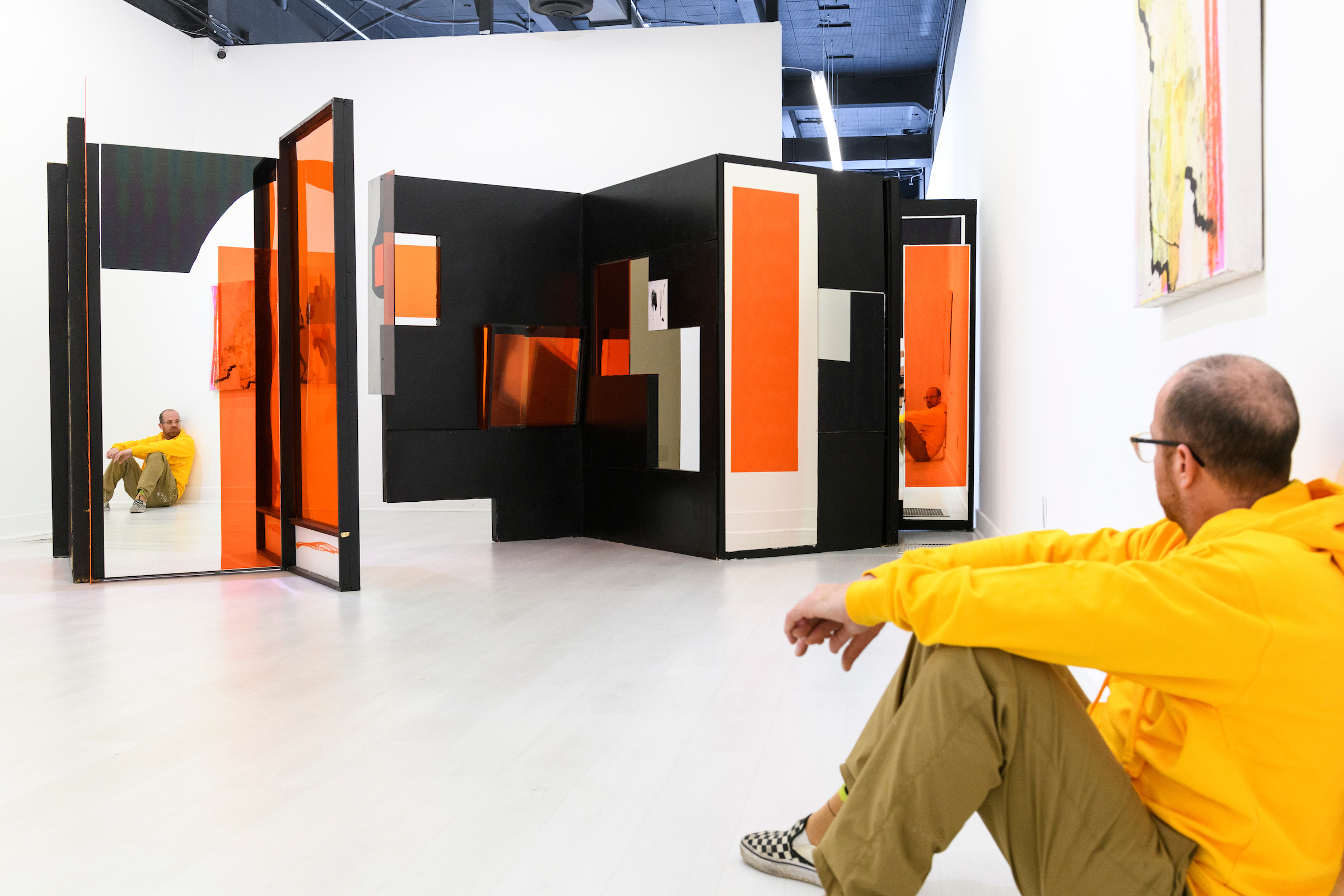 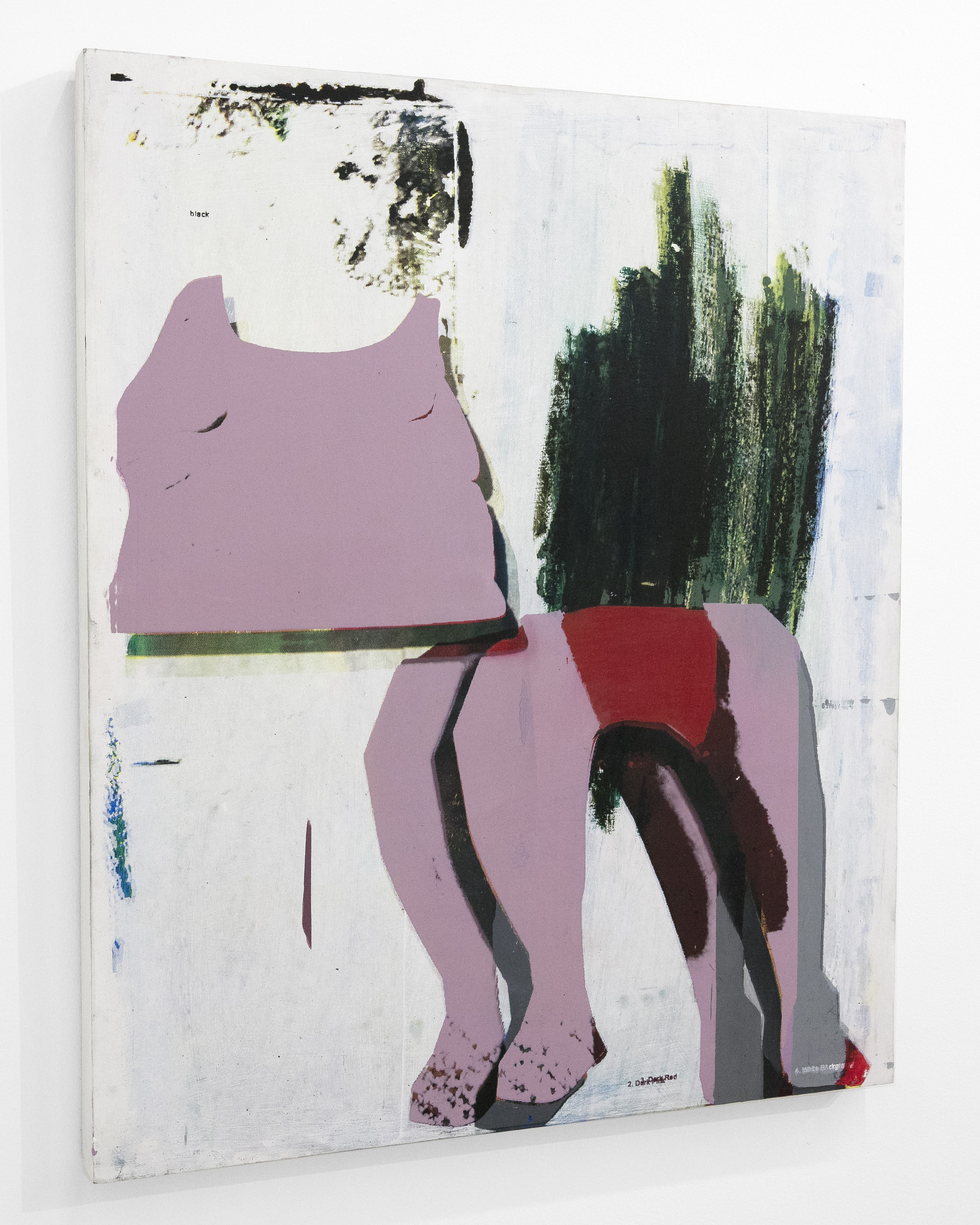 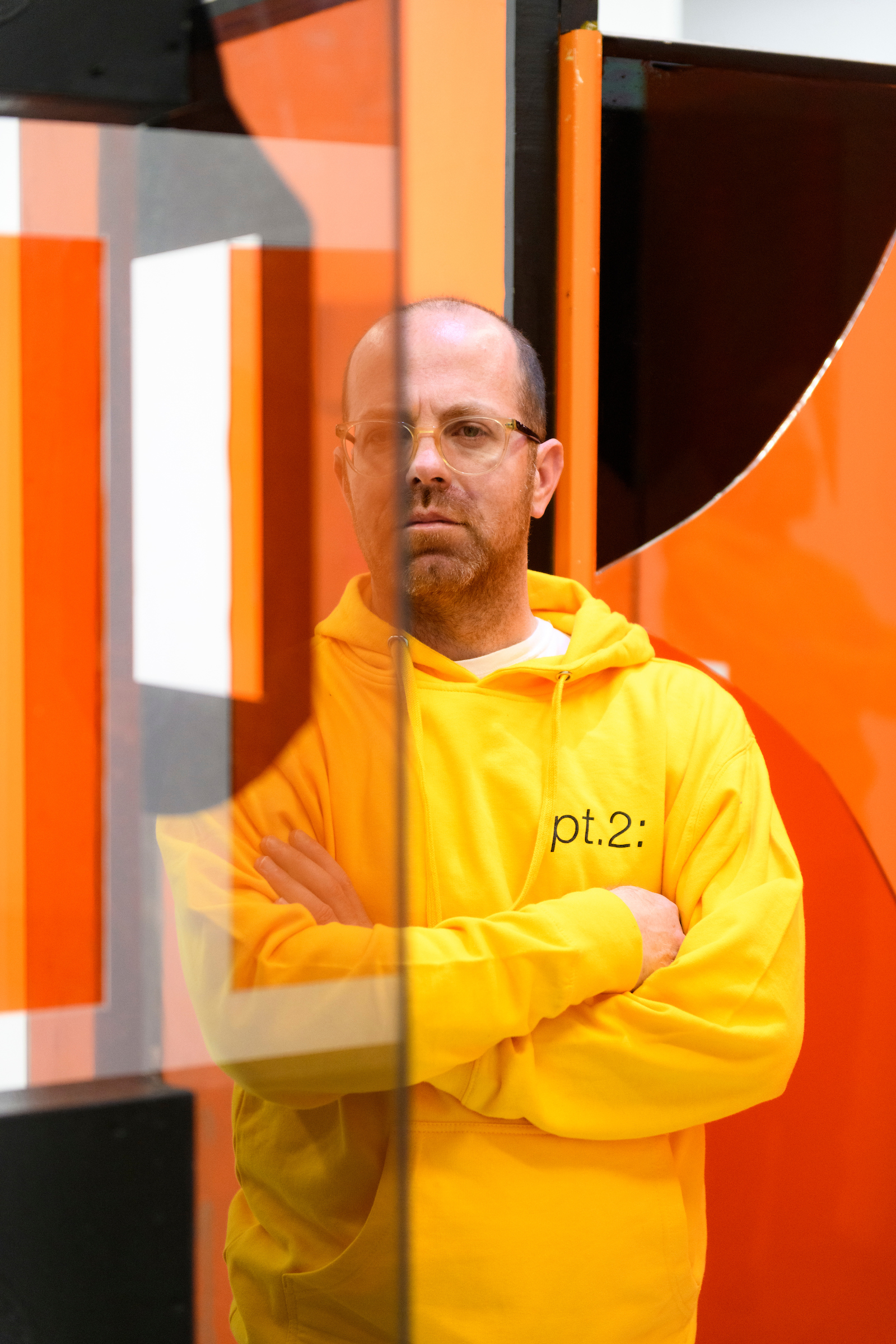 For Sex Magic Suicide, his first solo exhibition with pt. 2 Gallery in Oakland, Brett Amory presents a body of work informed by repetitive construction and deconstruction, adapting images and materials with traditional and digital techniques across multiple spaces.

Writing a statement to accompany an exhibition is a strange business – what exactly is the purpose? What is the intended relationship between the text, the piece, and the reader/viewer? It all feels a bit sneaky. Such statements claim to offer context by clarifying the artist’s vision to the public. But is that really all they do? Aren’t these statements more prescriptive than descriptive? Isn’t there more than a hint of authoritarianism in the words of the author? After all, presumably, you’ve either already encountered the work or are about to do so. Beyond providing basic details, what else could a statement be other than an attempt to preemptively influence your experience in the gallery or shape your memory afterwards. Shouldn’t the work, as the saying goes, “speak for itself”?

Brett Amory’s “Sex Magic Suicide” (SMS) asks the viewer to reconsider the notion of unilateral interpretation altogether by refusing the comfort of a singular vision. Both literally and metaphorically, Amory’s work prioritizes fragmentation over fixity, refraction over reference. From grappling with the work’s opaque but suggestive title, to navigating its physical surfaces and depths, we are invited to become active participants in the ongoing creation of the piece.

In this sense, it is fitting that the artist’s only textual commentary on the work actively resists easy interpretation: three highly charged words thrown into an ambiguous relationship. Is “sex” meant to modify “magic” and hint at hidden worlds of occult meaning? Or is magic invoked here to merely signal a sleight of hand? And why invoke the notion of the death of the self? Are we in the territory of metaphors or metaphysics?

The physical work also performs in unpredictable ways. Rather than a collection of discrete objects situated within the space of the gallery, SMS is comprised of an ever-shifting constellation of relationships between image, text, and ephemeral architecture that responds to viewers in real time. In addition to the work’s 2D and 3D elements – respectively, the paintings and the installation structure – the fourth dimension of time is introduced by the movement of bodies through and reflected within the work itself. It is the viewer who animates the architecture; the artist has effectively relinquished authority.

By way of disorientating mirroring techniques and jarring oscillations between surface and depth perception, we simultaneously find and lose ourselves in the world of the work. In the fusion and confusion between physical space and the visual plane of the paintings, SMS both reveals and conceals its subject matter. At times the play of reflection and refraction dematerializes the space of the gallery and fosters the illusion of infinite space; at other times it sharply calls attention to its own materiality and the flatness of its surface.

As inclusive as the experience is, reflecting back our current state of social and personal fragmentation, SMS also mobilizes the aesthetics of alienation. The surface intrudes at times between the viewer and the object of their experience, trapping our image and offering it back to us through layers of distortion. The fragments of painted figures both refuse to meet our gaze and reject our attempts to see the whole of things. But in this play of partiality and partition, we are also granted the gift of free interpretation – we can make of it all what we wish. —Joshua Gentzke

Juxtapoz Magazine – Melissa Catanese Blends Anonymous Photographs With Her Own

Juxtapoz Magazine – An Ode To Travel: The Diaries of Patrick Trefz